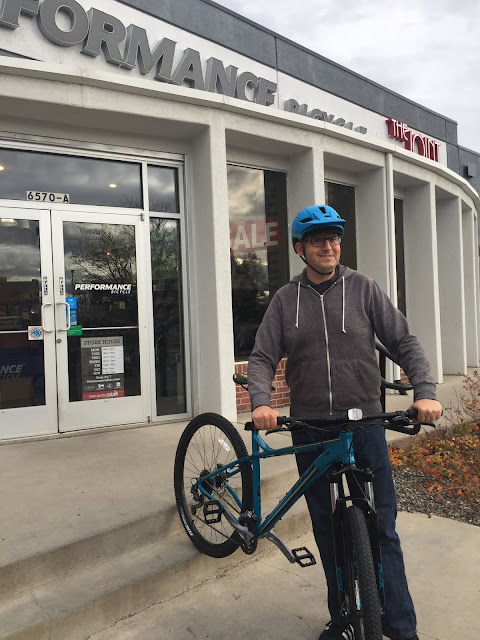 November 4, 2018
4.70 Miles (Biked) in 22:10
Mood: Extremely happy to have a new bike, somewhat indifferent about the 2018 Denver Broncos
Soundtrack: The lovely street sounds of Arapahoe Road.

My lack of passion for this particular Broncos season can be summed up with this one bit of news...my wife suggested that we go shop for a new bike for me right as they were about to kickoff, and I said, "Sure. Let's do it!"

As I have been mentioning, my old bike (which is around 20 years old) has been breaking down lately to the point where I didn't feel comfortable riding it, so the suggestion to go get a new one was a very welcome one. If this were a normal Bronco season, however, I would have suggested we go at a different time. However, with this particular lackluster team being led by an extremely lackluster coach, I was indifferent about the idea of missing the first half, and very motivated to get a new bicycle.

As you can see in the photo above, mission accomplished! I purchased not only a bike, but also a helmet (which is a major development, as I've never really liked wearing a bike helmet), and a little bike cap to wear under my helmet to both keep my head warm and make sure the skin on my bald head doesn't get burnt by the sun.

I decided that rather than loading the bike into our van, I'd also rather ride it nearly five miles home. It was mostly downhill, and though it meant that I missed even more of the game and also that I had to ride while in jeans, I was very excited to take the new bike out for a ride. I could feel how tired my legs were from running seven miles that morning every time I had to ride uphill, but I was so pumped to have a new bike, I didn't even mind that much.

By the time I got home, I was able to see the final minute of the first half of the Broncos game. (In which coach Vance Joseph made a boneheaded decision which hurt the team, as per usual.) And I watched the entire second half as the Broncos ALMOST beat the Texans, and would have had a much better chance to do so if once again Vance Joseph didn't make yet another boneheaded decision. I'm happy to have a new bike, and hopefully after this football season ends, I'll be happy to have a new head football coach for my team. 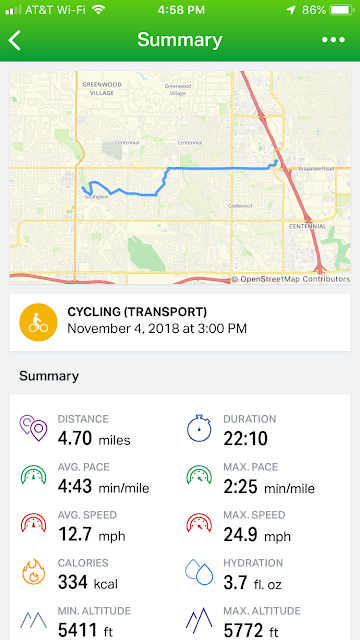 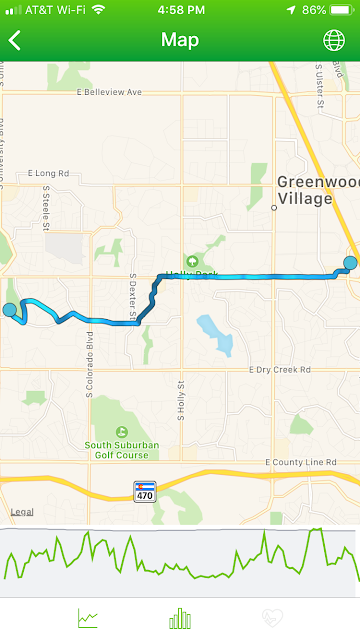