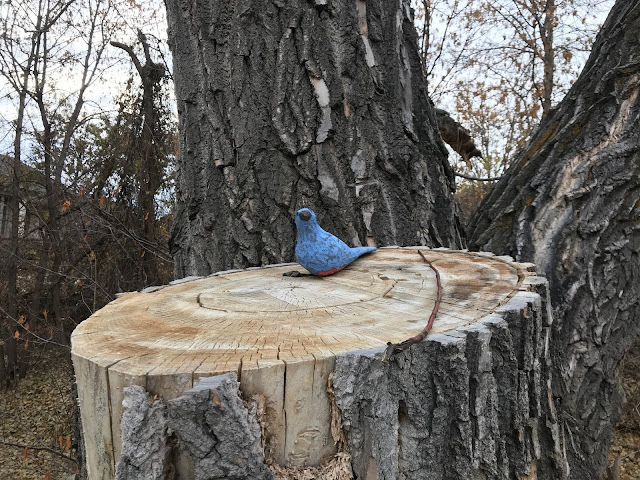 Someone placed a blue clay bird on this giant stump along the Highline Canal Trail. No idea why, but it does make the stump much more interesting. This ride illustrates something very clearly, the first half I was on the Highline Canal Trail, which is much less direct (as evidenced by the wavy lines on the map), but it is much more flat and easy to ride. The second half of the ride I rode down Holly and Belleview, which is much more direct (hence the straight lines on the map), but MUCH more difficult, as it requires going up and down some outrageous hills. I was happy when I got back to the Highline Canal Trail to finish up as it made things so much less stressful on my legs. 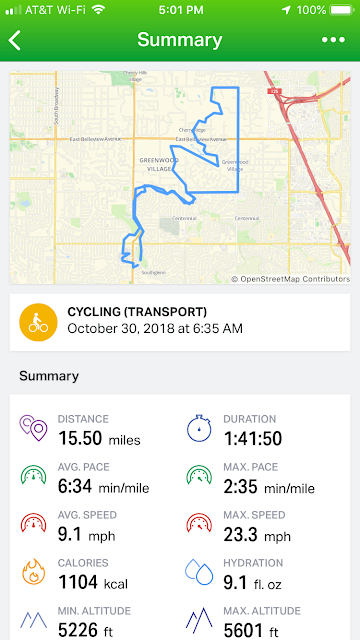 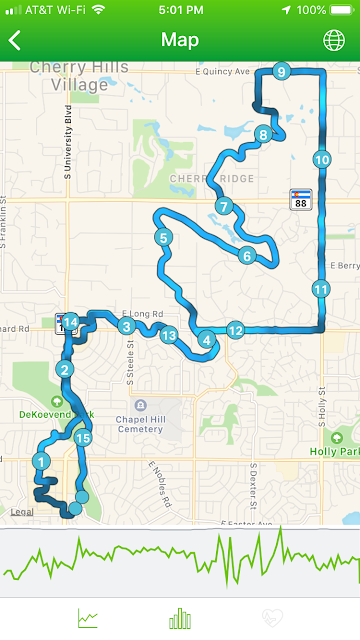