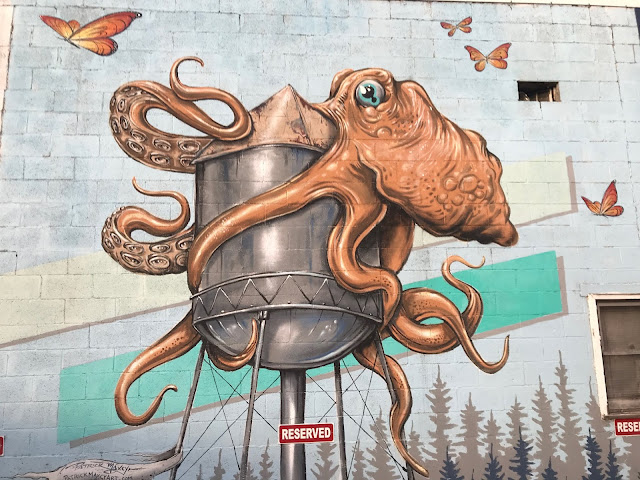 This may be the greatest parking space in history. Any time you can park your car in full view of a mural depicting a giant squid attacking a water tower, you really should do so. I was kinda sad I didn't have a car to park. I discovered this fantastic parking space pedaling my way through downtown Littleton. There is a costume store on the north side of that little downtown area which is completely covered in awesome murals, this being one of my favorites.

It was downright balmy by December standards, with temps in the 40's for nearly my entire ride today.  I was unable to ride yesterday because when I walked out to the garage, I discovered that my bike's rear wheel was blown. I got it fixed yesterday afternoon, and after a morning spent getting ready to ride only to quickly discover that I was out of luck, it was pretty glorious to have an ever prettier morning to ride a day later. Plus, I was chomping at the bit to get some miles in. I pushed myself harder than I usually do, really attacking some large hills, and as a result my legs were a little wobbly by the end. Wobbly in a good way, though. Like I had really worked out hard. It felt good.

Perhaps the only downside was that I forgot to start my tracking app for the first section of my ride. That meant that I missed out on about a mile or so of mileage, but I feel okay with crediting myself with 13 miles on a morning where I went hard and got home relatively quickly. I also discovered just how not bike friendly Santa Fe Boulevard is. The top left corner of the map was a section where I rode north and then just had to reverse my direction as I hit a dead end on that street which is more of a minor interstate than it is a road. There was just no direction to go but backwards at that point, unless I wanted to die. 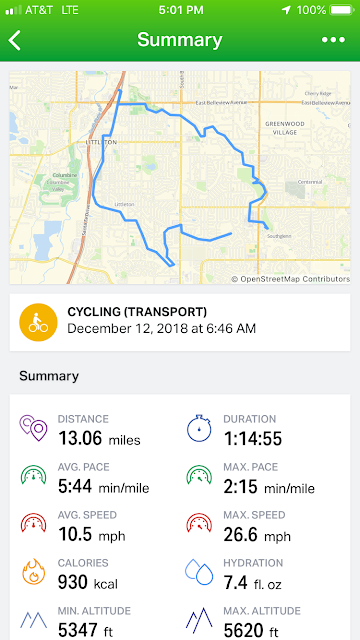 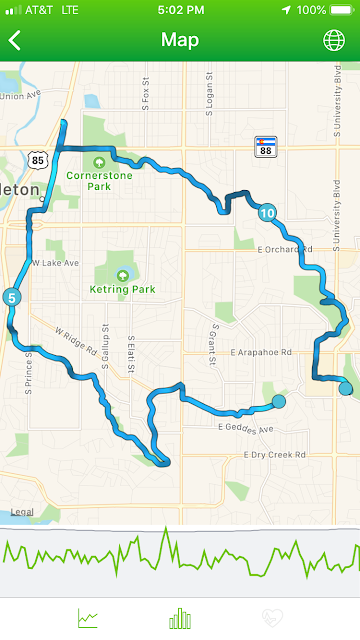