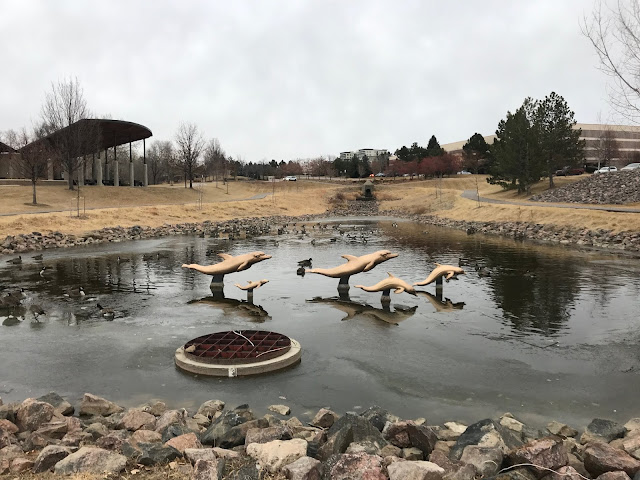 It was a cloudy and chilly Christmas Eve, and I did not have a plan. I was going to ride where the wind took me, and it took me to Westlands Park. I felt much better on this ride than I did on Friday, and despite the chill, I was enjoying myself. I decided to take a picture of the Westlands Park Dolphin statues because what better way to commemorate Christmas Eve than with dolphins?

The only real downside to this ride was that once again I was cheated out of several miles of credit by the Endomondo App crashing once again. I was so annoyed that I deleted the app and then redownloaded it in the hope that it'll work better next time. For now, I was once again denied getting the mileage I should have received by a faulty app. You're on thin ice Endomondo. I don't want to change, but I hear nice things about Strava... 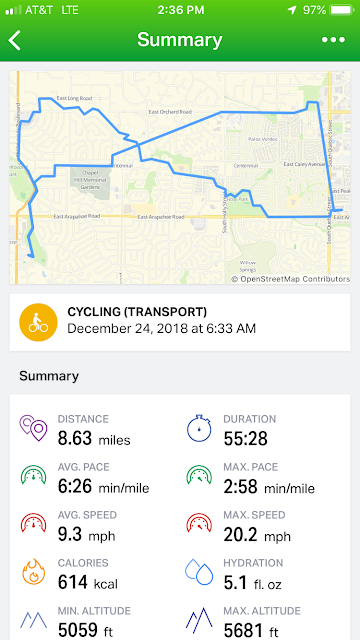 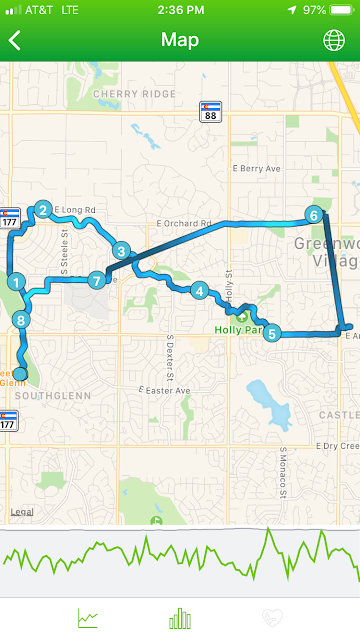