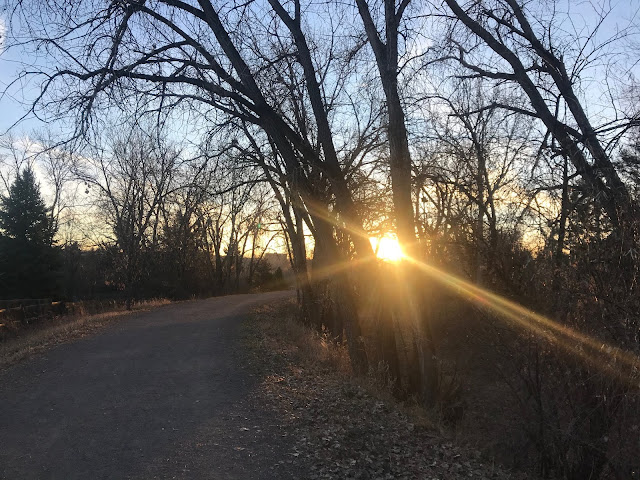 Having my exercise territory basically doubled in that I can cover a lot more distance on two wheels than I can on two feet has been pretty awesome. It's allowed me to go to a bunch of new places and see new things, but it has also led to an unexpected stress...I have to think harder about where I'm going and how to get from point A to point B. This navigational stress was something I was in no mood to deal with on Tuesday morning, so rather than trying for a new destination, I decided to just hit the Highline Canal Trail and stay on it. I went seven miles out, and then seven miles back. It wasn't overly exciting, but it was a pretty morning and not having to think about where I was going was kind of a relief. 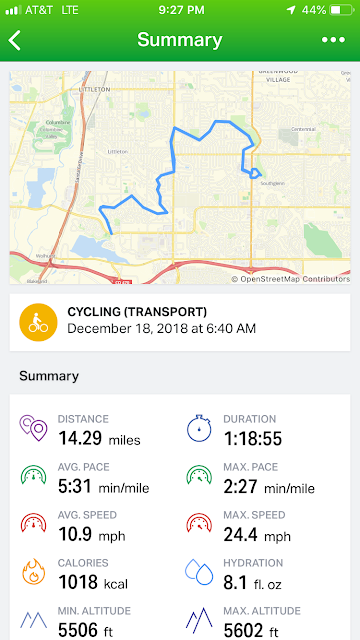 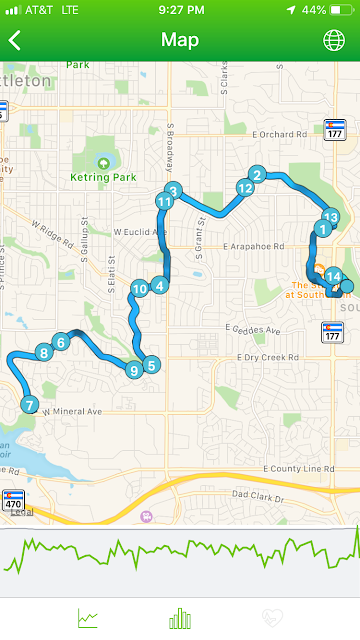