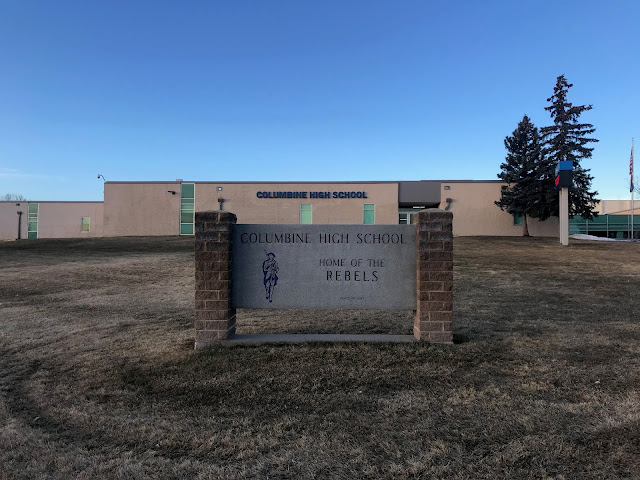 After a week of cold and snow, it finally warmed up enough for the snow to melt and the streets be be non-icy enough for me to jump back on the bike. I took this as a welcome development and hopped back aboard my Fuji to get some miles in. The boys basketball team I coach had won a close game the day before, and I was still in a really good mood thanks to the victory, so I headed out early in the morning with a good feeling in my heart and a desire to get in a decent bike ride.

I headed west without too much of an agenda, and I ended up at Columbine High School. This got me thinking about what most people think of when that school is brought up...the shooting in 1999. I realized that this year will be the 20 year anniversary of that tragedy, and that the seniors graduating this year weren't even born yet when it happened. Then I just felt old and moved on. 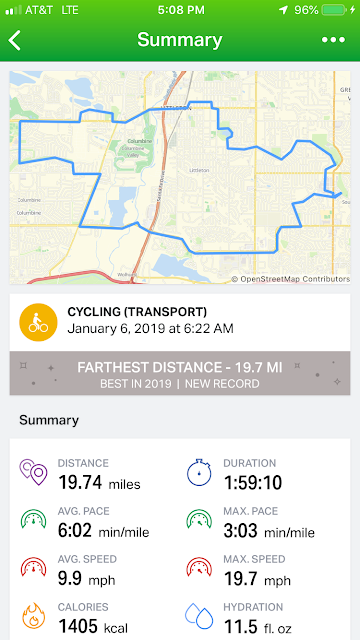 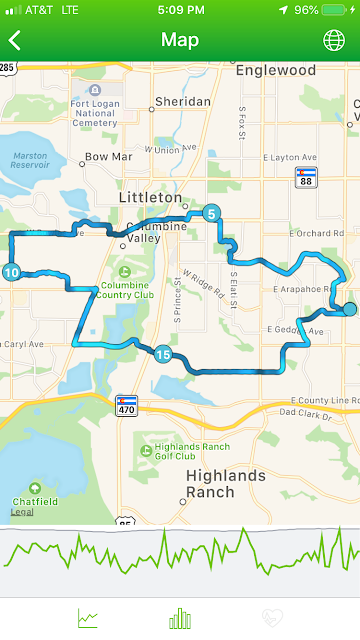