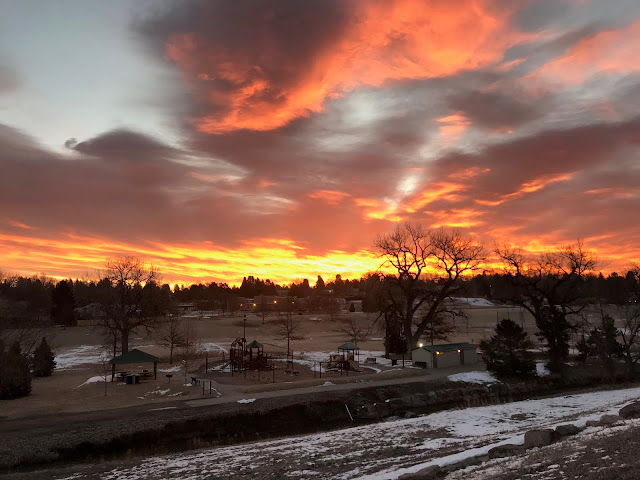 Two days after taking a photo of the sun rising at Cherry Knolls Park on a foggy day where you could hardly see it, I took another picture of it which was wildly different. This time, the sunrise was spectacular. Crazy what a difference two days time can make.

This run took awhile to get going, because I was distracted and slowly walking through Southglenn for a good 20 minutes before I finally decided to get myself in gear. It then turned into a pretty decent feeling run, although my attempt to run on the Highline Canal trail was very short lived, as it was too icy and treacherous to run on without the threat of turning an ankle. I decided against that and resigned myself to running on the streets, which was fine, but I do miss the Highline and haven't really been able to hit it up property since making my return to being a two legged exerciser rather than a two wheeled one. Spring is coming, so I can wait, I guess. 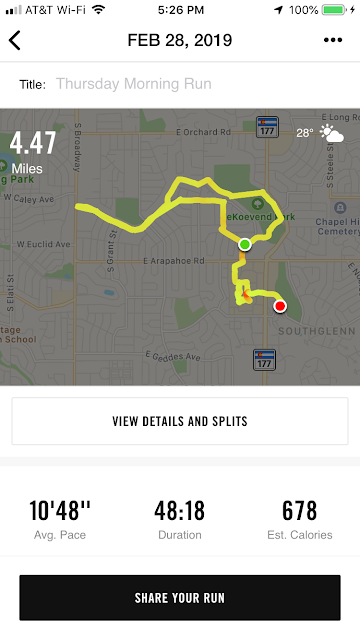