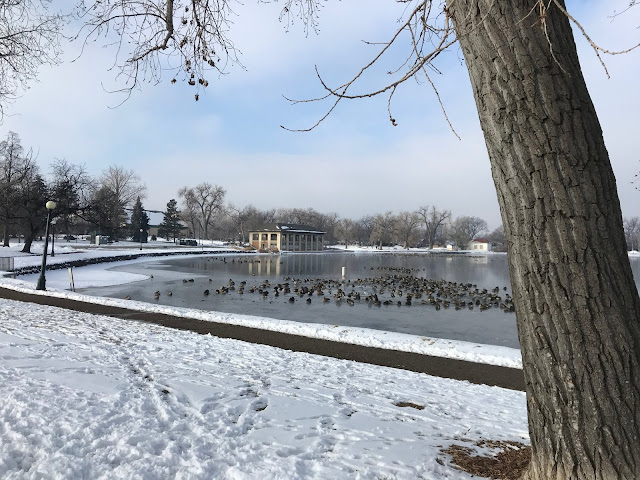 A few weeks back I was running around at practice with my basketball kids and realized that I have gotten horrifically out of shape. Biking is decent exercise, but I miss out on doing it too many mornings due to the fact that it's just harder to bike than it is to run when it's freezing cold and icy outside. Plus, riding a bike just doesn't exhaust me in quite the same way, and I really have been missing running. So, despite the fact that my foot is not feeling entirely 100%, it feels good enough to get back out there. To quote the great Jimmy Chitwood, "I figured it's time for me to start playing ball." (Where "playing ball" of course means running.)

I figured the best place to start to truly get back into my running grove was Wash Park, so I did something I haven't done much of in recent months...I woke up early and drove up to Wash Park and ran around. It's going to be slow going at first, clearly. A little over three and a half miles was about all I could muster, but it felt good to be doing it again, even if it was shorter and slower that I used to do it, I was still running.

I'm still going to mix in the occasional bike ride for the time being, but running is definitely back on the table. 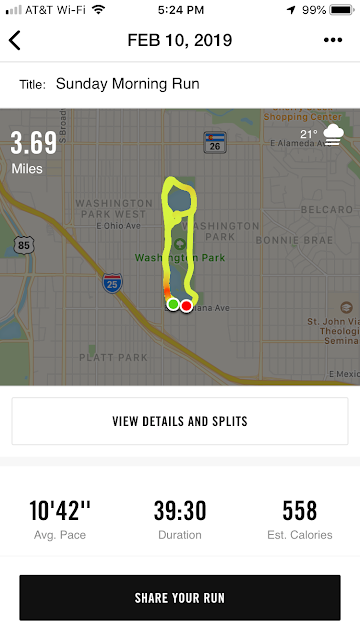