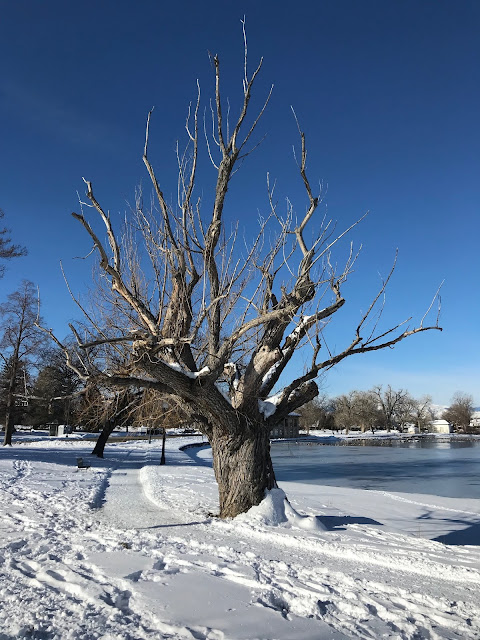 Once again, Wash Park was a snowy mess. At least they do a good job of removing snow from the street that loops the park. So while I wasn't able to run on the trail that goes around the outer edge of the park, at least I could still run there.

I was bundled up in way too much clothing for this run. I thought it might be freezing, so I was wearing three layers and long underwear, and it turned out to be a decently warm (by February standards) morning. There was still a lot of snow and a lot of ice, but at least I wasn't freezing cold, and with the layers I put on, I was actually a trifle too warm.

The best thing I saw on this run was this tree pictured above which looks exactly like the Whomping Willow from the Harry Potter movies, and I really really liked it. 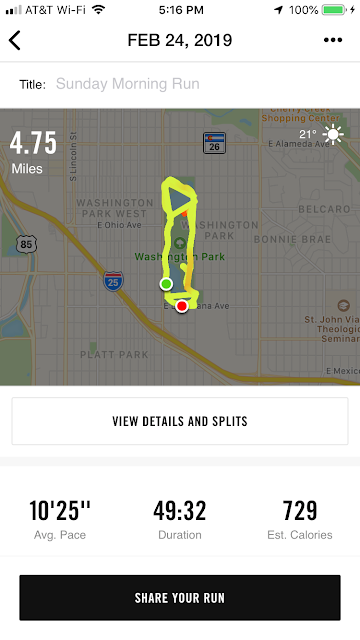