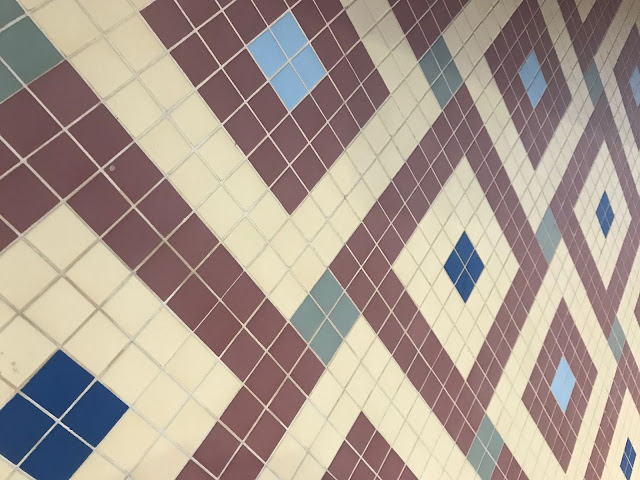 Yesterday was nearly 80 degrees, so naturally since I live in Colorado a blizzard was forecast for today. It wasn't supposed to move in until late morning, so I thought I'd be fine going out early this morning, but even at six the sky was totally gray and the rain was already starting to fall. I decided to hang around Southglenn in case the weather worsened severely. It didn't, but it was cool and wet all morning, so I didn't regret my decision to not wander off too far from home.

This was the first back to back days that I've run in close to a year, and my legs definitely felt a bit stiff. I was slow, but felt proud that I was able to get five and a half in despite some less than ideal conditions.

I only took two photos this morning. One was a picture of the gray sky, and it turned out pretty terribly, so I decided to use this picture of a tile wall at the Streets at Southglenn. There are lot of walls in this style at Southglenn, but they are all a little different, which is kind of cool in that they didn't just pick one pattern but when with an eclectic mix of patterns. 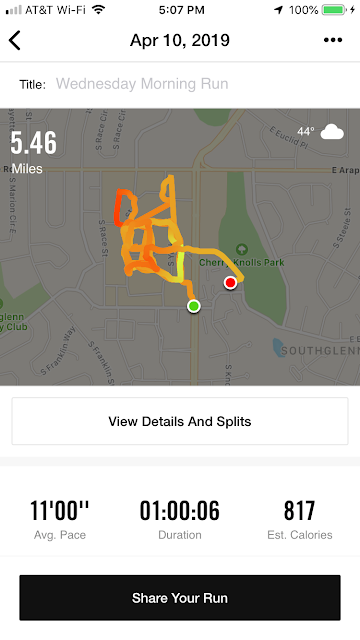