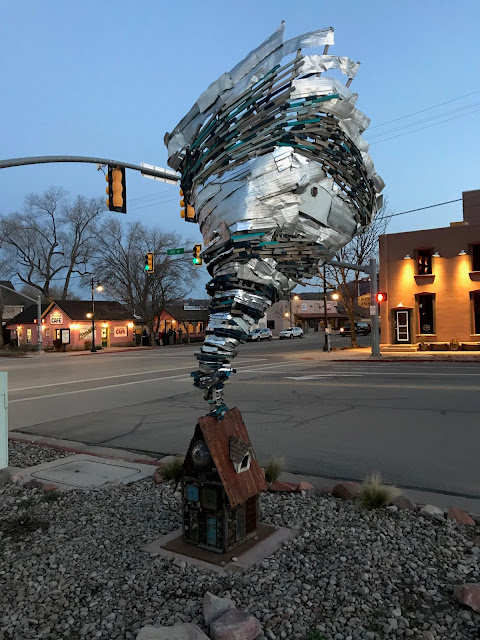 Another state is in the books, and I love adding new states. We are now up to 14! With this run in Utah, I have now put Colorado, Kansas, Washington, South Dakota, Illinois, Arizona, New Mexico, Louisana, Mississippi, Iowa, Florida, Pennsylvania, Wyoming and Utah into the blog. This run took me down the main drag in Moab as well as a smaller side street, the natural areas around Moab are transcendent, but the town itself is just okay. It wasn't awful, and I'm sure I could have found nicer places within it to run, but the part I ran was a little underwhelming. When only a few miles away you are able to see Arches National Park, it's hard for the little burgh just to the South to measure up.

It was a nice enough run, although I totally forgot my earbuds, so I had to do it without music to accompany me, which was a bummer. Also, I got up very early in the morning, so the first half of the run was done in mostly darkness, which made the town more depressing, once you can see the mountains that surround you when the light begins to show up, Moab is much prettier. The photo for this run had to be thins little cabin with an artistic rendition of a tornado engulfing it. This was easily the best bit of local art I encountered. 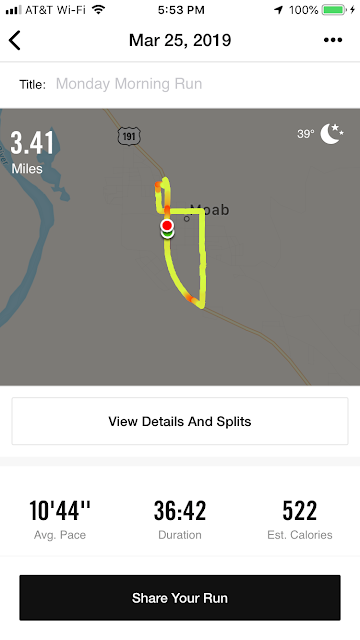