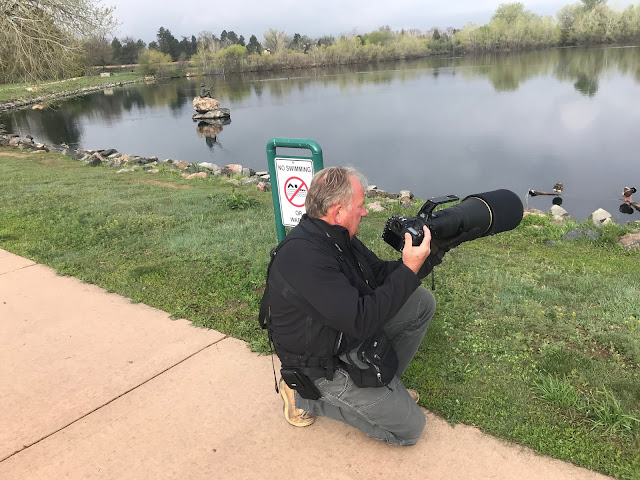 May 10, 2019
6.22 Miles in 1:03:58
Mood: My, what a big camera you have.
Soundtrack: Dave Matthews Band "Away From The World" and Andrew McMahon in the Wilderness "Zombies on Broadway" and Ben Folds "Songs for Silverman"

I had a really good pink tree photo I was going to use for this run, but then I saw this guy and his gigantic camera lens. I look this picture on the sly as I walked past him. Considering I was trying to be discrete, I think it turned out pretty good, you get the lake in the background and a really good shot of the world's largest camera lens. I think you could take pictures of the American flag on the moon from where that guy was standing with that camera. I've never seen anyone walking around with a bigger camera, that thing was massive. 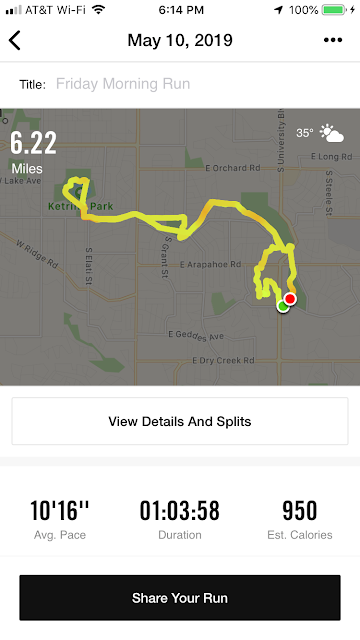