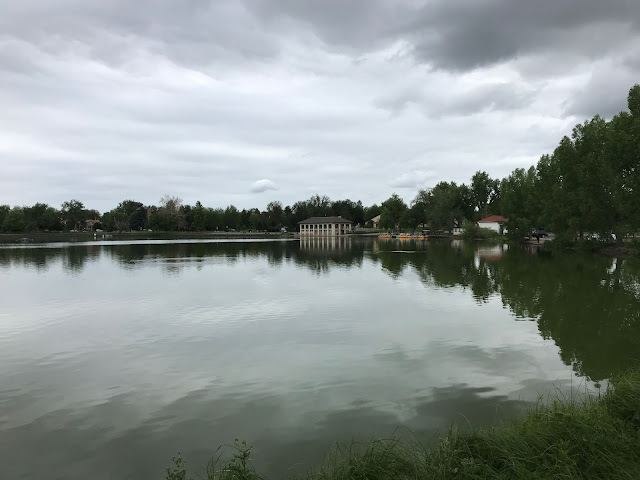 It is allegedly June, but I was wearing pants and long sleeves for this one, as it was legitimately chilly outside. Now, if it were January and I had a 46 degree day, I'd say it was balmy, but it's all a matter of perspective and what month the calendar is flipped to, and right now it should be warmer than the mid-forties when I run.

Despite the chill and the gray skies, it was actually a pretty nice day. There were brief sprinklings falling on me, but for the most part I stayed dry and comfortable, and the cooler weather was actually pretty nice once you got a few miles in. Knowing I only had one more day of work before vacation began didn't hurt either. 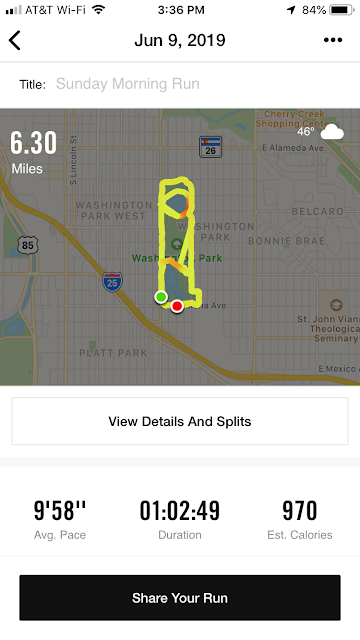