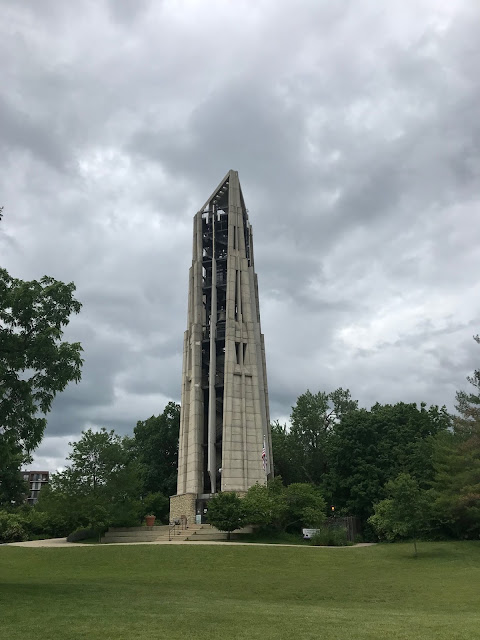 I have run in Illinois on a handful of occasions, and it always left me depressed running through the Chicago suburbs because there were just no good trails on which to run and I ended up galloping through generic and unexciting terrain. This was by far the best Illinois run I have ever taken. I ran through a forest preserve and then on the Naperville Riverwalk, and it was gorgeous with cool trails and lots of cool stuff to see like this bell tower known as the Millenium Carillon.

My mood was terrific as I had just seen Hamilton the night before and was getting ready to go to a White Sox game later that day, so I was in peak vacation mood. 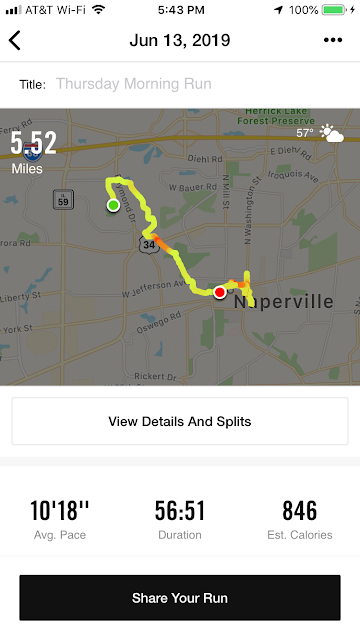