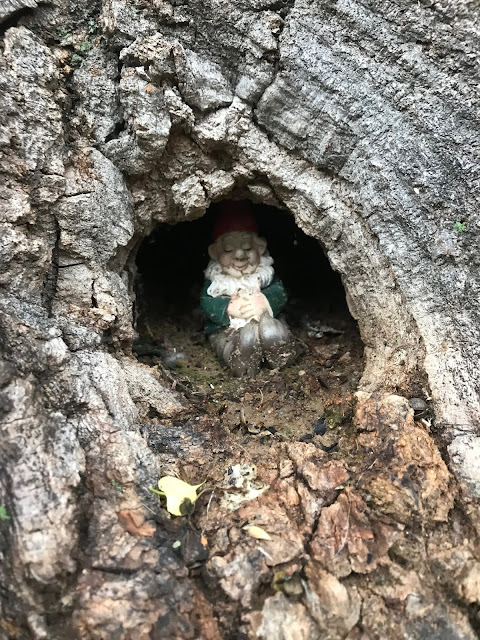 I needed to get off work a little early, as I was heading with my wife and her sister and her sister's friend to Red Rocks that night for an Avett Brothers concert. So, I cut my run a little short to make sure I would be able to get my time in at work, and leave a little early. Also broke out a few of my favorite Avett albums as concert prep.

I also noticed that someone had placed a garden gnome in the mouth of the tree wizard on the Highline Canal trail. I don't know that it adds to the tree's awesomeness, but I took a picture of it anyway. 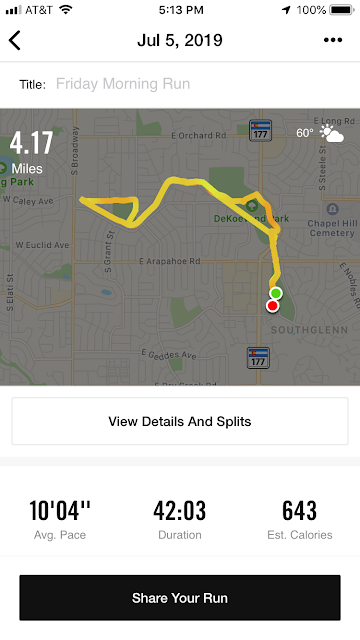