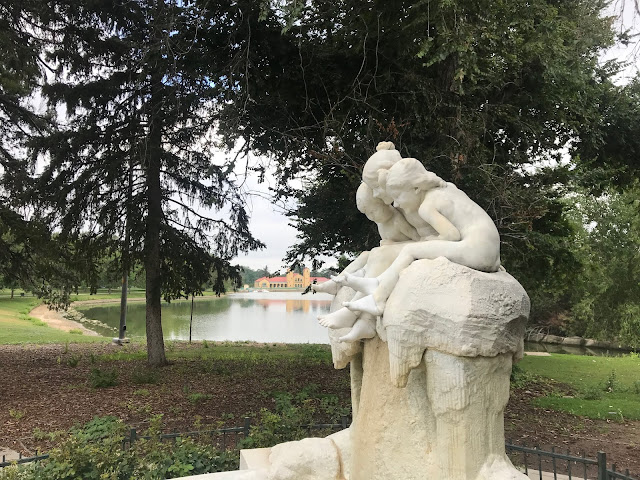 It was a cloudy morning, and somewhat cool for an August day. There was another run happening at City Park for the second Sunday in a row, although it was ending as I arrived at the park, which is weird, because I got there early. I began just a little after 7, and runs don't usually end so early in the morning. It's rare in my experience for them to begin before 9, and this one had packed up and almost entirely left by 9, which was weird.

However, the most memorable thing about this run occurred while I was running north of the park. I came across a lawn that was insane. It looked like it was maintained by a team of garden professionals 24 hours a day. It was thick and short and luscious, and would not have looked out of place in a professional baseball stadium. It was jarring because I was passing yard after yard of normal grass, and suddenly this one lawn exploded into my consciousness. You couldn't help but notice it is was so stunning. And this is coming from me, a guy who does not care about lawns in the least. It was amazing. 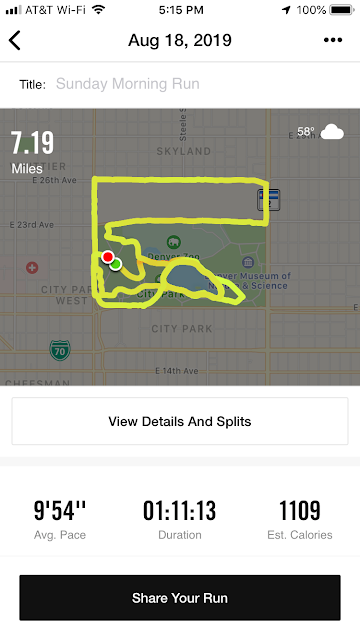