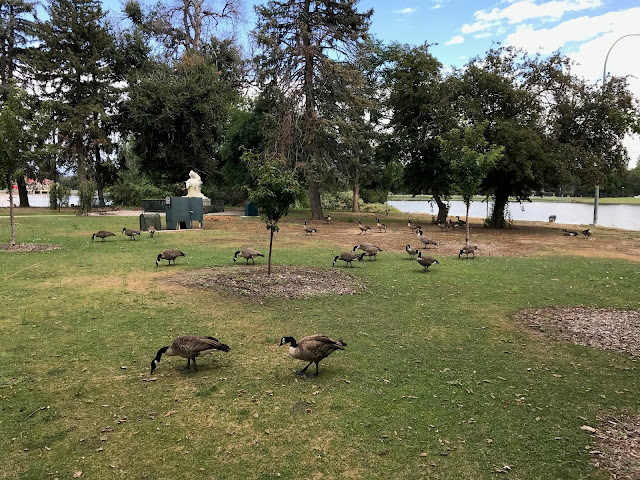 I went running at City Park for a change of pace from my usual Wash Park Sunday. A few weeks ago the city rounded up and killed several hundred Canada Geese because they were overcrowding the park and there were just too many of them for the overall health of the park. Many people were upset at this, and as I ran around the park, I thought to myself that they might not have gone far enough. Anyway, these are some of the lucky ones who survived the culling.

There was also a running event happening in the park, and it may have been the most disorganized thing I've ever seen. There were people all over the place. I saw some people warming up very vigorously, I saw some people that looked like they might be running the course before the event officially began, I saw large swaths of people who were walking the course with their bibs on, but it appeared that the runners hadn't yet gone, which is a weird order to do these things. (The walkers usually go last.) There was a DJ at one of the turns blasting music loudly and there was literally no one else around except for him, so it looked like he set up giant speakers just to listen loudly to music he likes.) Perhaps this event was more organized that it appeared, but it did not look like that to an outsider such as myself. Oh...and the name of the run was "The Donut Dash" because nothing goes together more than running and donuts. 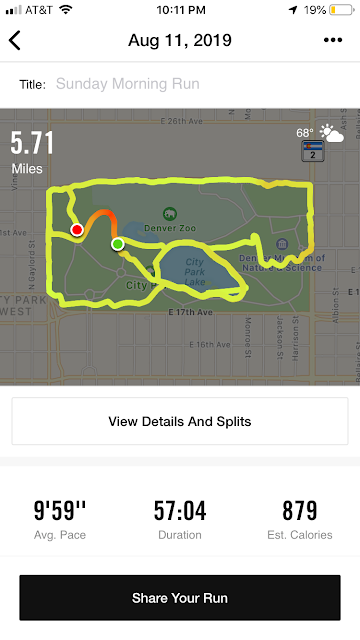