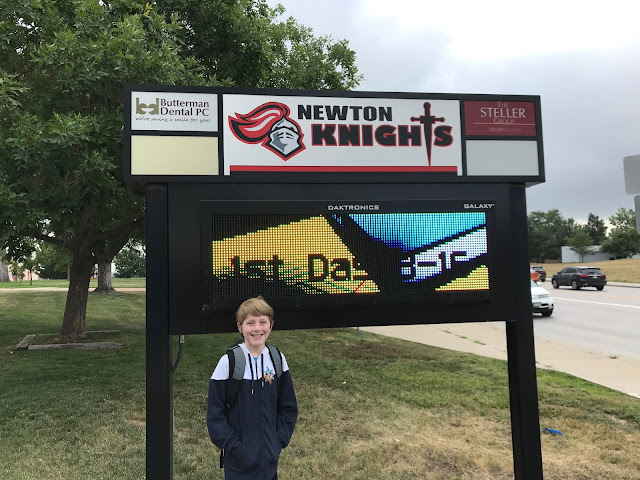 I had a final destination in mind, which was Newton Middle School. Today was Luke's first day as a Middle Schooler, so I wanted to be there to wish him well as he transitioned into the new world of Middle School. I did the same thing for Ellie two years ago on her first day of Middle School, and two years ago I barely made it, so I was motivated to get there in plenty of time, but even still...I was running a bit behind schedule. That was when stupid male ego intervened for my benefit.

I was on the trail, and thought I was getting dangerously close to the pace that allowed me to barely make it in time for Ellie (and I was taking the exact same route) when I stopped to examine something on my phone and a woman that I would estimate to be maybe slightly younger than I am ran past. I finished up with my phone and began running again and I was just a tiny bit faster than she was, so after a few minutes, I passed her. We exchanged a few pleasant words, and then I ran ahead. I hate to pass people and then have them pass me back up, so now I was locked in to put her in my rear view, but she just kept coming. I ended up running almost 3 miles without even taking a break (which is a lot for me at a single stretch) but since I kept looking back and seeing her not too far behind me, I just kept pressing on. That bit of dumb pride actually got me to Newton about ten minutes before Luke would show up. So it all worked out. Also, I'm very proud of my son. 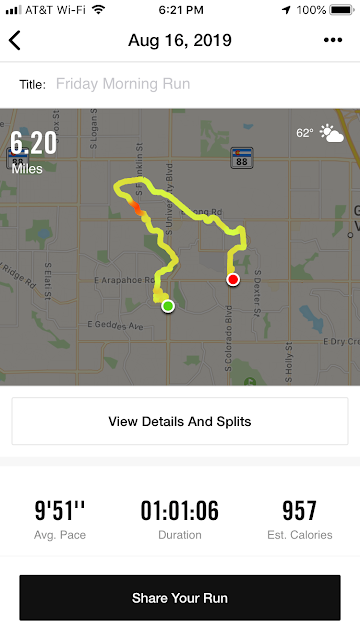