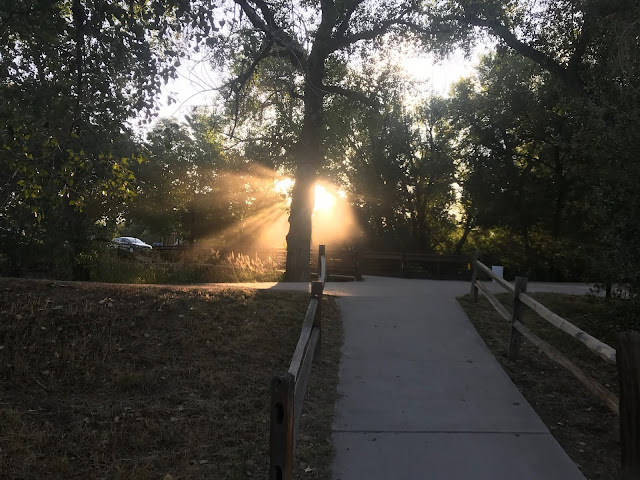 I went with my son to the Broncos preseason game last night, so this morning hit and I was tired. I had also ridden my bike to work and back yesterday as the van was in the shop, so that made me feel even more wiped. However, I knew this was pretty much my last chance to hit 100 miles for August, and I really wanted to do that, so I pulled myself out of bed and dragged myself to what turned out to be a decent run despite the fatigue.

The last time I hit 100 miles in a month prior to today was March of 2018. At that time, it was my 52nd straight month in a row. That streak ended due to a stress fracture, and I thought I'd get back to the century mark a lot quicker than this, but it took time to get back to where I was. I will say, it felt pretty great to do it again. Not sure I've got 51 more months in a row in me, but to even do it this time feels like a victory. 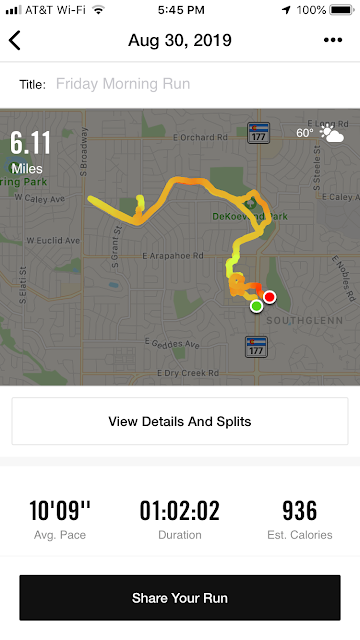