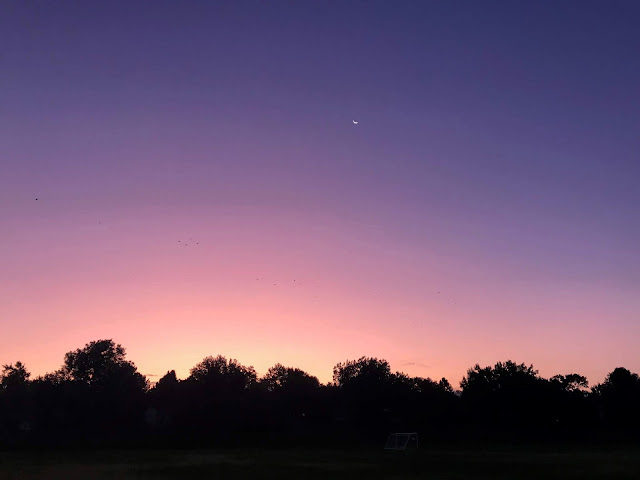 The colors of the sky were pretty awesome right as I set out this morning, but the thing that I REALLY love about this picture is that in addition to these colors, I got a decent shot of the moon in sliver form. It's hard to accomplish that with an iPhone camera, and maybe the cool colors helped, I don't know.

After taking this picture, I had an amazing run. I felt strong and barely had to stop at all on this run. It wasn't my fastest run ever, but I got almost eight miles in and felt great the whole way. Plus as we near the end of August, the stranglehold of summer heat upon the world is lessening, and it was cool and comfortable from beginning to end on this run. 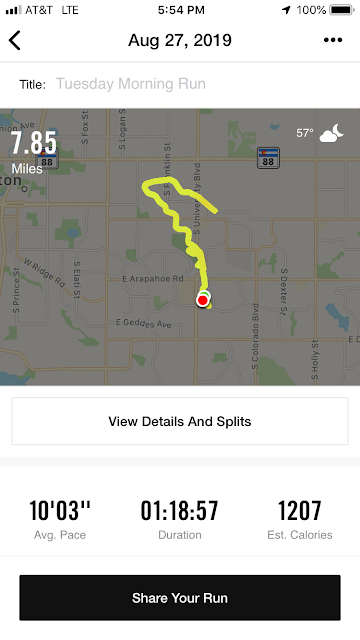