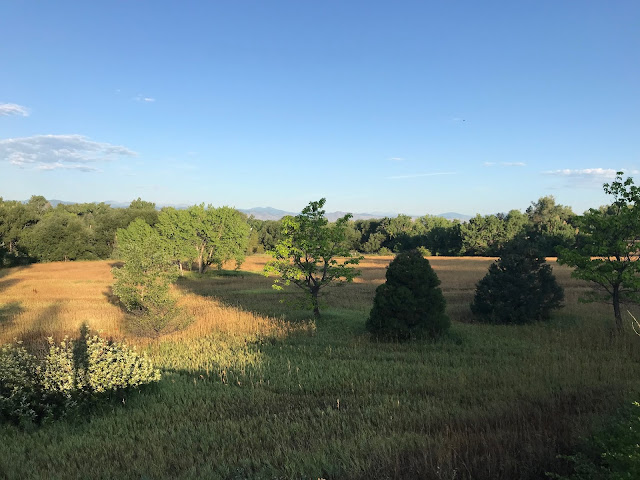 I like the photo above for two reasons. First, I like the gree tree in the middle that is partially lit up by the morning sun, and partially not. Secondly, I like seeing my dorky shadow off to the left.

The highlights for this run including seeing a horse eating grass and not caring at all that I was trying to get him to look at me and also seeing both a Westie and two Yorkies on the trail. It's been two and a half years since we had both a Yorkie and a Westie in our house, but I get overly excited when I see either breed. I do miss those doggos.

I also was listening to my favorite Gary Jules album when I realized that my favorite song from the CD isn't on the album on Spotify, and it felt so wrong to not hear it. I don't know if I had a deluxe version on CD or if some legal battle caused that song to be removed or what. It bugged me, though. 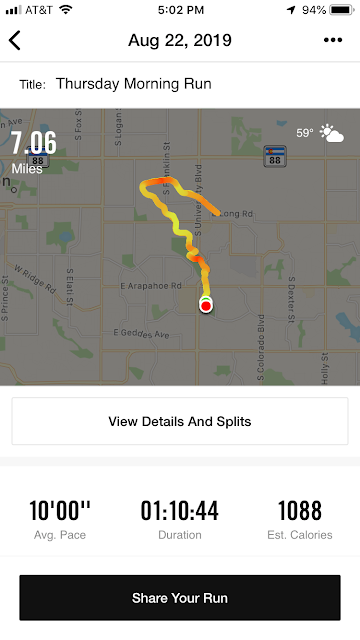