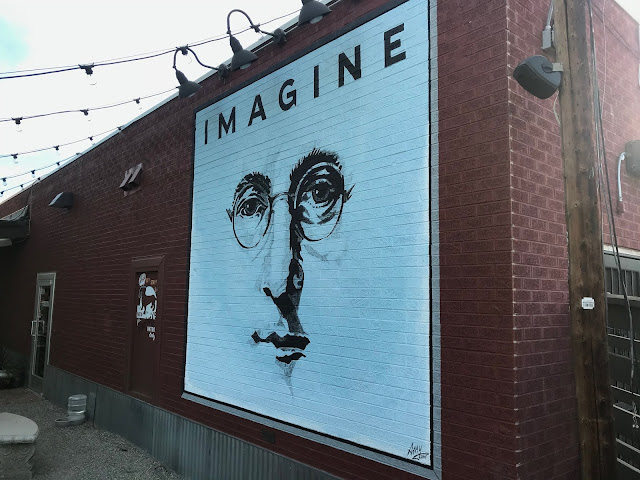 Sometimes if you go just a tiny bit off the beaten path, you find something totally new and cool. I was running a very familiar course which included a bit of the Highline Canal at both the beginning and end of my run with a little bit of Littleton city streets thrown in for good measure when I deviated just a tiny bit to a little bit off where I would normally go. (This can be seen on the map as the westernmost spot there is just a little tick to the left.) Just that tiny little deviation allowed me to find this John Lennon mural on the side of a brick wall, which I really enjoyed. So occasionally deviating can be a good thing! 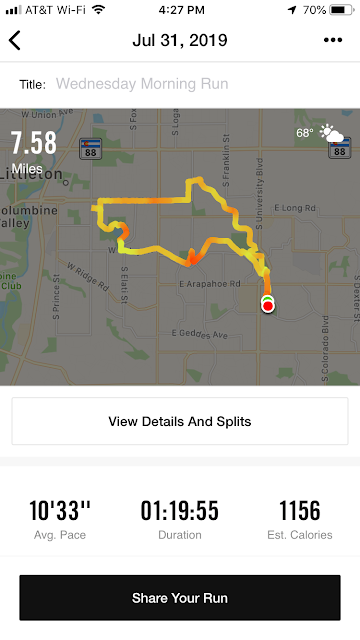