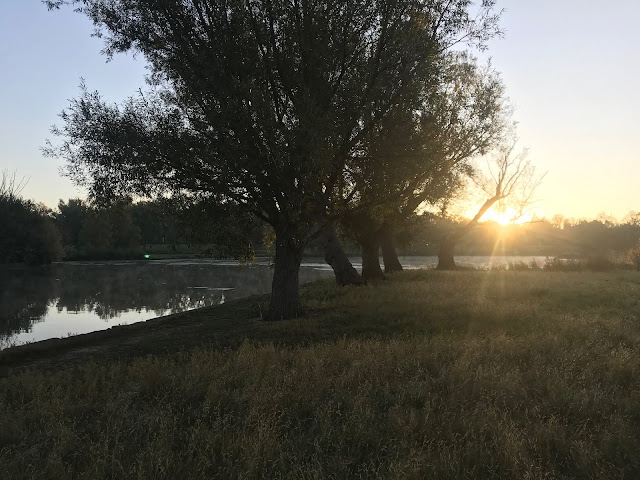 There was an ethereal look to Wash Park when I arrived Sunday morning. The sun was just barely coming up, and there was a lot of fog, and it just looked magical, as if an elf might traipse past or some magical creature might grant me a wish if only I could find it. By the time I finished, the sun had burned off all the magic, and it was a normal looking day in a beautiful park...which is good too, but I like arriving when the magic is out.

I felt pretty strong on this run, and my last third of a mile might have been the fastest I ran all day. This is not because I found some inner strength at the end of the day, but because I was passed by a woman in her early thirties near the end who was moving quickly, and I just decided to catch and pass her. Nothing like a little competition to get me moving fast. I went about as hard as I could around the final turn, passed her about as rapidly as she had passed me about three minutes prior, and then I sprinted back to my car. When I made it all the way back, I was huffing and puffing mightily, I had managed to finish up 8.25 miles, and I felt awesome. 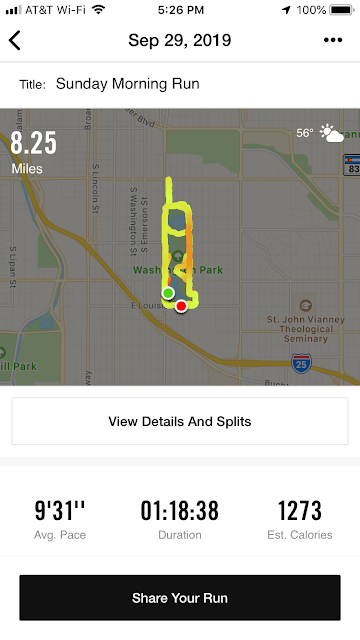