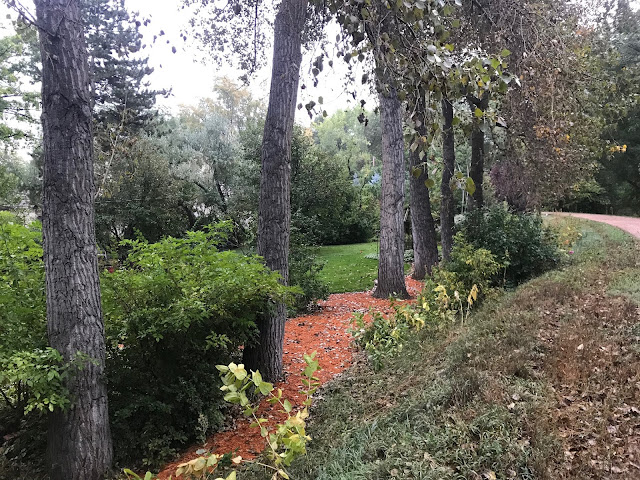 I've had birthdays with better weather. October 1st is one of those days where it can still be summerlike, but then it also might snow. Thankfully, I wasn't cursed with snow on my birthday, but as I set out today the world was very damp. Not all that chilly, as I was wearing shorts, but felt comfortable, but there was a weird mix of mist and rain and fog and the world just was generally wet, which I felt acutely on my glasses, as the majority of this run was done while looking through droplets of moisture. Not awful, but like any gray and rainy day, it'd be better if the sun shined.

Still, I felt good, got my new white shoes even less white, and felt good on my first run at age 43. It's not easy getting older, but it also beats the alternative! 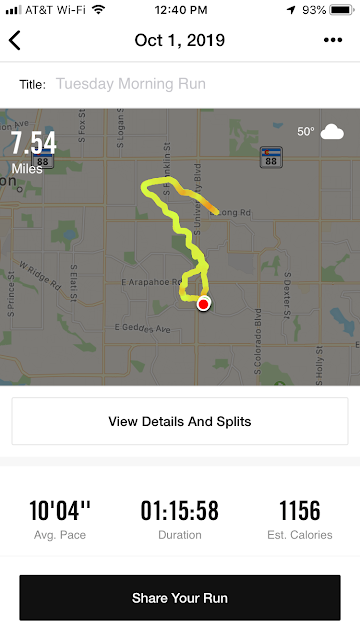