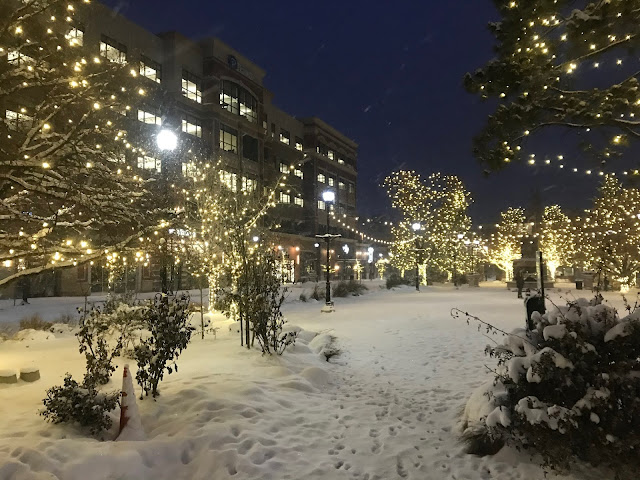 This run was ridiculous. Probably shouldn't have done it. It was snowing the whole time, and for a good portion of the time, it was snowing HARD. There were guys with shovels, probably about 12 of them, trying to clear the snow from around Southglenn, but they were just going in circles as by the time they had reached the other end of Southglenn, their shoveling had mostly been rendered useless by fresh snow. On top of that, they were not putting down any ice melt, so all the removal of the snow did was expose the very slippery ice underneath. I slipped at several different times while doing these seven miles, and I had to be careful which meant that I was running at a ridiculously slow speed to keep from falling. 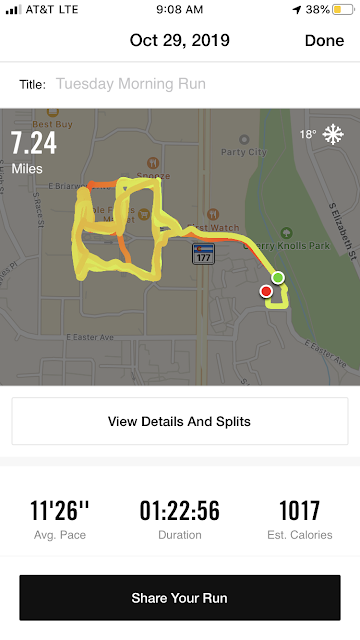