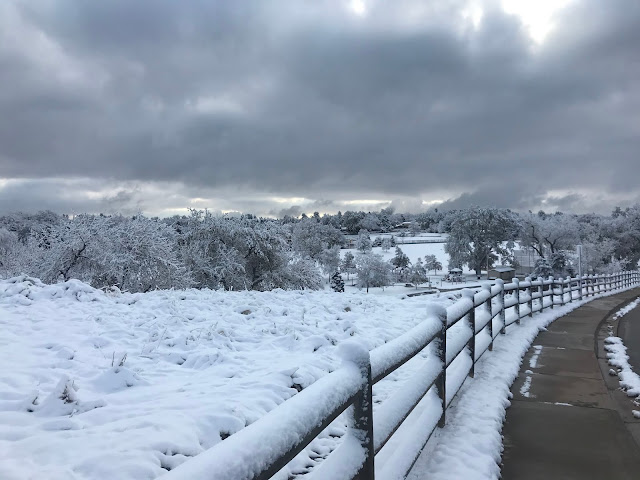 I was actually mad at the Nike Run Club app just now. It just lost my run that I did Thursday morning. It was really cold and snowy, and all I did was run laps around Southglenn, but it totally didn't keep a record of the run. I remembered my pace and total mileage, though, so I was able to recreate it in the log, although the map is lost forever. This one was chilly and a bit rough, so I wanted credit for it. At least I now have a map that is blank and is covered with a circle made out of lines, so not all is lost.

It must have been a morning for technical difficulties, because about 30 minutes into this run, my brand new wireless earbuds just shut off, so I finished the second half of the run without music. I blame the snow, which fell the night before and as everyone knows, snow makes things worse.

It may have been a technological struggle, but at least my camera worked getting a picture of the snow which while it is not my favorite thing, I cannot deny that this picture is pretty. 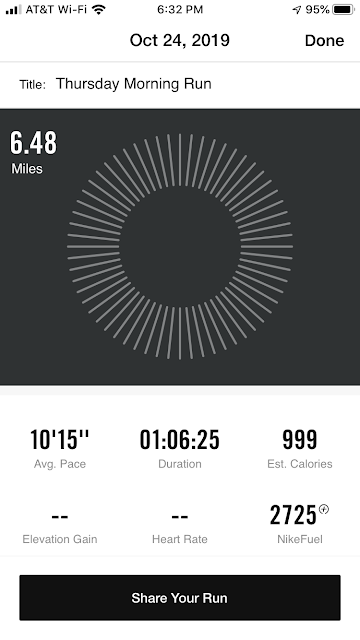