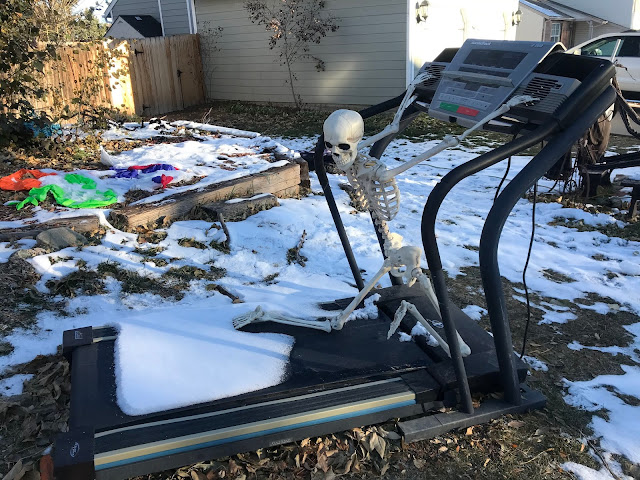 October 25, 2019
7.27 Miles in 1:21:41
Mood: Exercising and pondering death by tree while seeing dead people exercise.
Soundtrack: Barenaked Ladies "Maroon" and "Everything to Everyone"

My run actually tracked this morning! Yay! The first half of this run I visited the Highline Canal Trail which was the site of many trees falling to the ground due to the weight of very heavy snow the day before. There were a few huge trees that fell right on the trail, and it made me think that how if anyone would have been standing there, that would have been the end of them. I don't often think about being smashed to death by trees, but it was hard not to give it a slight bit of thought this morning. These trees are huge, and I imagine when they fall, they fall hard.

The second half of this run was through a bunch of neighborhoods, and I found two skeletons engaged in exercise. (Or at least posed as if they were exercising.) My favorite is the one in the photo above of the skeleton who appears to have run himself to death on the treadmill. I also found a skeleton riding a bike. Halloween is weird, man. 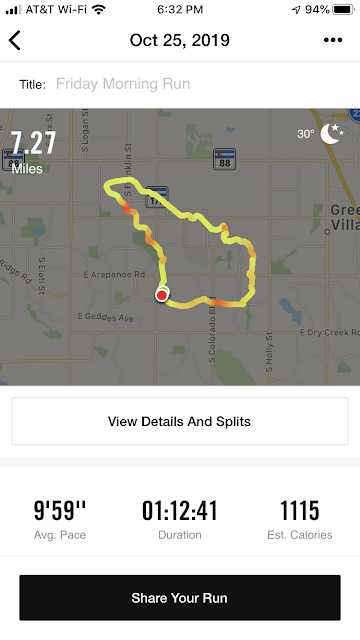