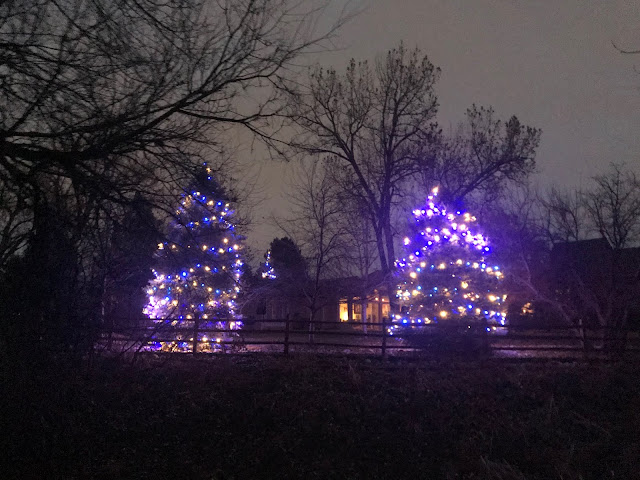 Knowing I had to leave work early to pick up my daughter after her basketball practice, I woke up even earlier than normal to hit the trail so I could get in a run and also still be able to be at her school when she needed me. As a result, it was super dark when I left the house. The photo above was taken about two mile into my run, and the sun had barely even begun to announce its presence. That allowed me to see these decorated trees. (I'm assuming for Hanukkah, not Christmas due to the color scheme.)

At one point on this run, I saw a bunch of traffic cones up ahead, and I began to worry that the trail had been shut down. However, it was merely construction being done on a road to create an elevated crosswalk to slow down cars in the place where the street intersects the trail. I'm curious to see what this is like once it's fully completed. I only learned what it was later on in the day when a Highline Canal Instagram feed I follow posted a picture of the area that I had seen that day and explained what was going on. 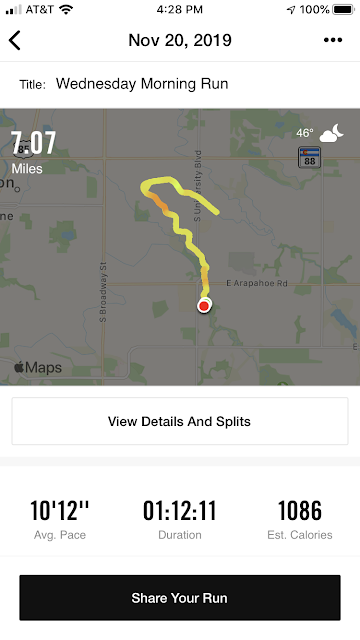