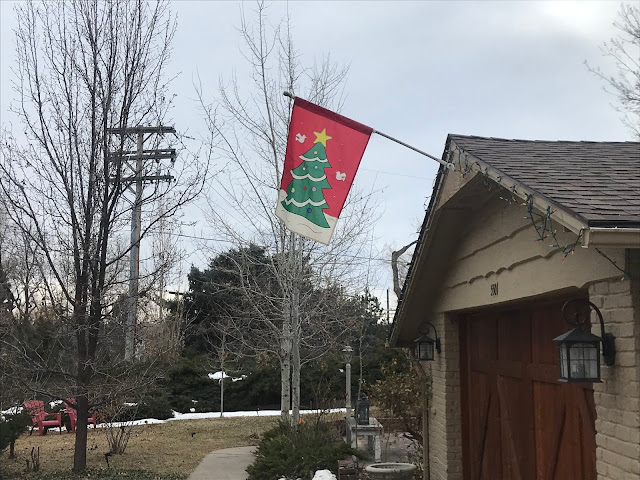 I had Christmas Eve off work, so while I would normally run bright and early on a Tuesday, I slept in a bit and started my run around 9:00. It was unseasonably warm out, although I tried running on a segment of the Highline Canal trail between DeKoevend Park and Broadway, and unlike where I ran on Friday, this segment of the trail was still super ice packed to the point that I abandoned the trail and went a different route than I had been planning.

I passed by this house on the way home and I was amazed that they had a Christmas flag flying. This house almost always has a flag flying, but it's usually for the Virginia Cavaliers, not a generic Christmas tree flag. I thought it felt reasonably festive for Christmas Eve, so I took a photo of it. It became my post because the cloudy weather meant that there wasn't a lot of good light to get good pictures, and most of the pictures I took were disappointing.

This run is also notable as the final run taken with the iPhone 7, as that phone became my daughter's Christmas gift (her first ever cell phone), and I upgraded to the iPhone Xr. I am curious to see how the new phone does on runs, should be interesting. 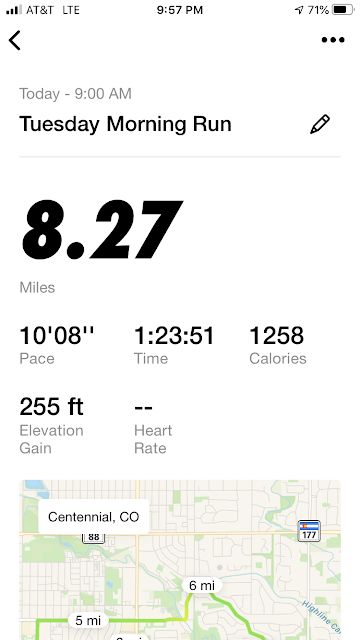 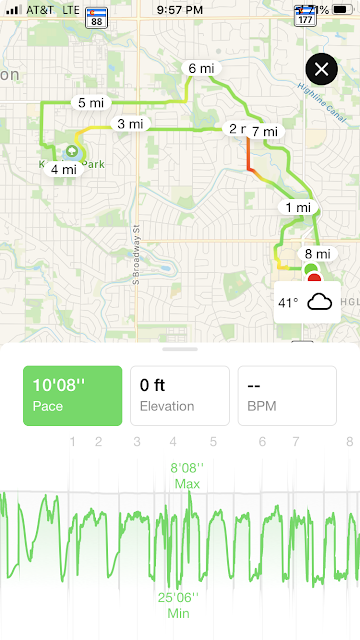