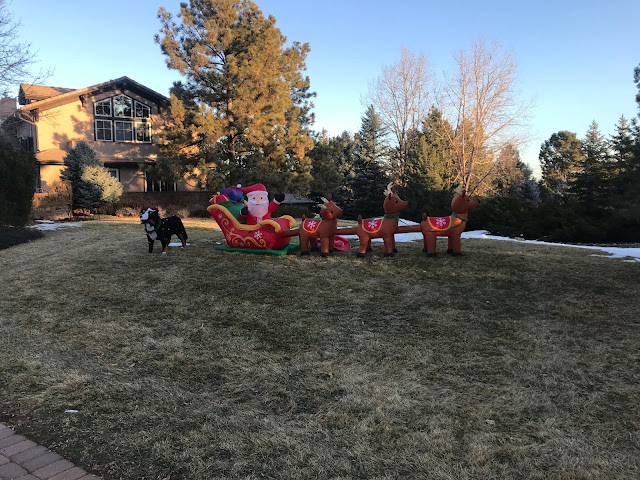 My wife asked me if I was angry at this morning's sunrise because after yesterday's amazing light show, today's sunrise was about as dull as a sunrise can be. I told her I wasn't mad, just disappointed. Not only is that a very good Dad thing to say, it's also true. I'm always disappointed when things don't live up to what they COULD have been.

So the theme this morning was disappointment. First in the sunrise, but then also in my running app which if you look at the top left corner of this map you will see a very long red line which is a direct line from where it stopped working to where it started working again. I lost around three quarters of a mile of distance tracked thanks to that. I remembered thinking that it seemed off at the time, but didn't realize until later just how off it was. So in actuality, I ran eight miles-ish this morning, but only get credit for 7.33. No big deal, obviously, but disappointing.

I'd also like to understand why there is a giant dog protecting Santa's backside on this lawn. Was Santa too vulnerable to rear attacks, so he needed a little canine muscle to reduce his exposure? Weird. 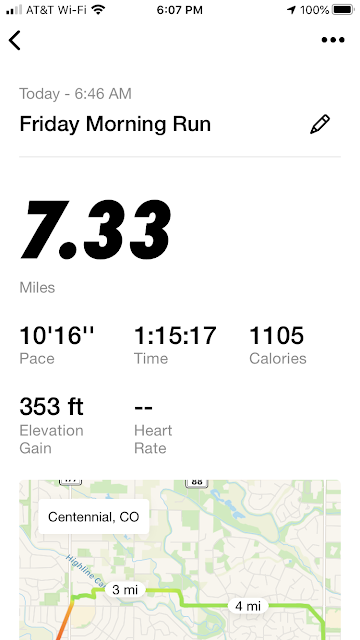 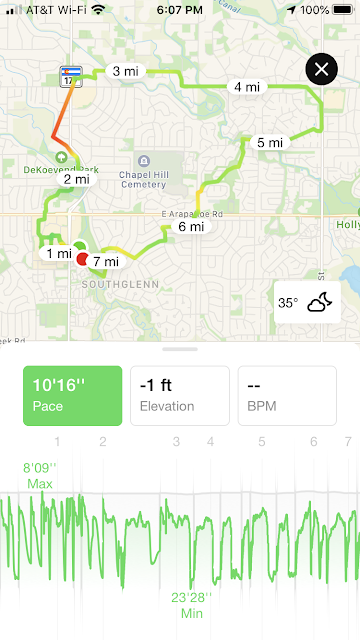