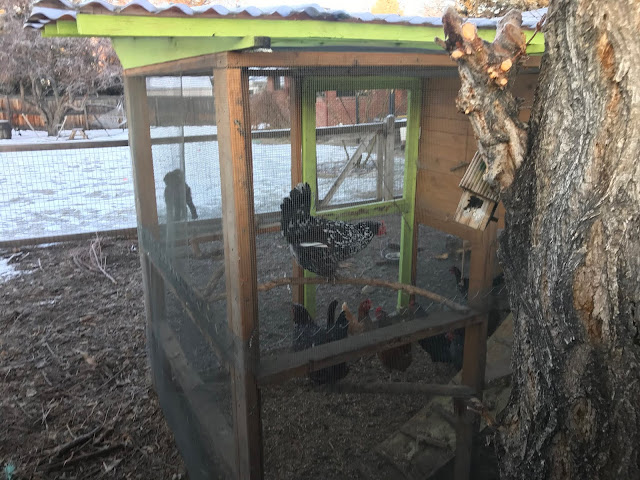 It rained all day on Thursday, and it was very cold as I started out on this run, which meant that the entire world was a skating rink. It was originally my intent to head north on this run, but I quickly abandoned that plan as there was so much ice on the streets that I was going to run on that I feared I would fall multiple times and severely hurt myself. I ended up retreating back to Southglenn where they know how to remove ice and snow properly just so I didn't break my back falling on ice. There were MULTIPLE moments where I started slipping during this run and felt legitimate fear.

The one good thing about the ice is that it forced me to walk on the grass next to a fence at one point, during which I heard a chicken. I looked over the fence to see it and was then so impressed that I then took a photo of said chicken. It's a fine chicken.

Also, the Nike Run App has just updated, and it makes it impossible to get a summary of my run along with a map in one picture, so now I am posting two. Hopefully they upgrade it a bit, but it appears they went and made it more robust which in turn made it more annoying to me. 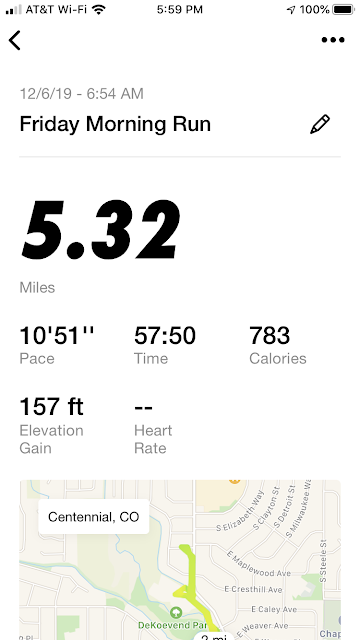 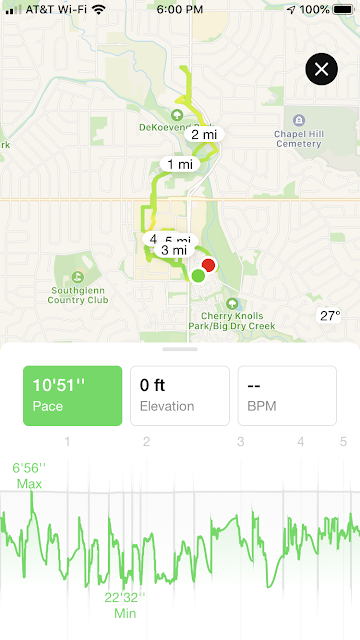