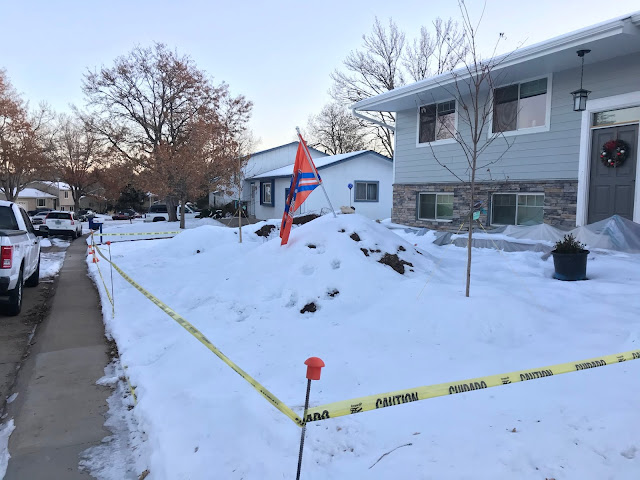 I don't think I realized just how much snow was still on the ground from eight days ago until I went on this run. There was so much everywhere, that it was legitimately hard to find a non-icy place to run. I had to keep cautiously slowing down over slick patches and walking over tremendously slick spots to the point that my speed was almost 11 minutes a mile...so dang slow. I did not think I was going to get anywhere close to a decent amount of distance, but somehow persevered enough to get in a ridiculously snail like 7 miles.

I chose this photo because there is so much going on in it, none of which I understand. There is a giant mound of dirt covered in snow with a retro Broncos flag stuck in it for some reason, and that is surrounded by police tape all around the yard. So weird. 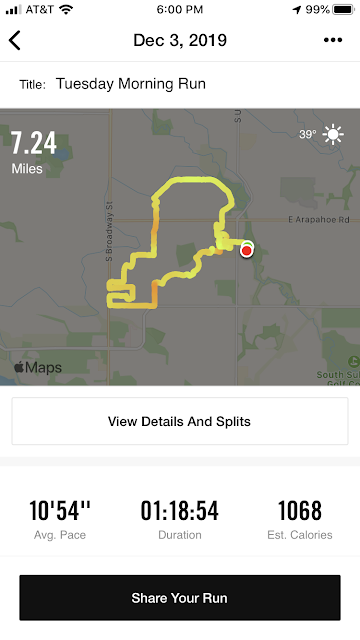