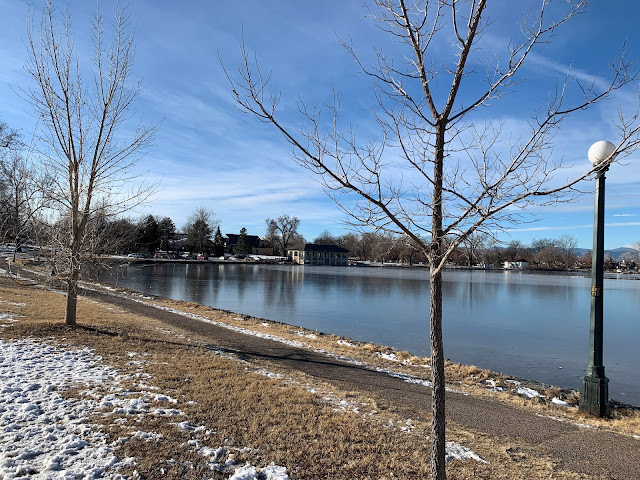 I took off for work on the week of New Year's, so it was a Friday morning, but I was able to sleep in and then head up to Wash Park for a rare run there on a weekday. It was rather chilly, and as I'm mostly used to being here on a Sunday morning, the lack of people was jarring. There are so many more people at the park on a Sunday. This is not surprising, but it still feels weird when you're used to a much higher rate of foot traffic. I felt like I was alone.