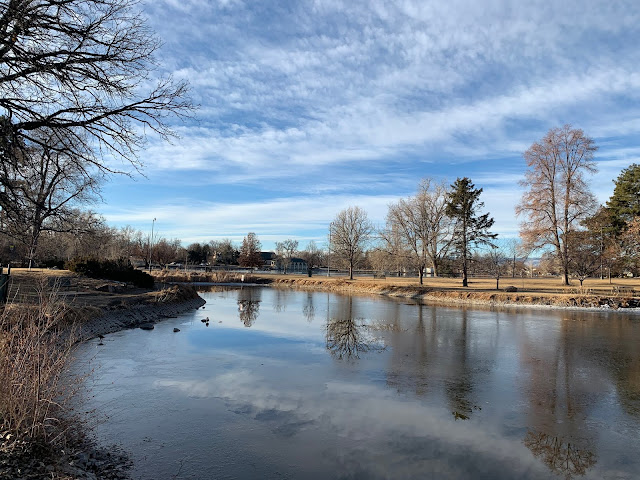 I think that the New Years Resolutions people are fading out. Sunday morning at Wash Park was very quiet by Sunday at Wash Park standards. Part of the reason for that was the freezing temperatures, sure. However, a few weeks ago it felt much busier even on the cold days. It'll start getting more and more busy come spring, but for now, I think the bump of resolutioners is over. I, meanwhile, went over 100 miles for the month on this run and have now extended my streak to 6 straight months. Still a long way to match my 51 month streak, but I'm now over 10% of the way! Yay me!

Also, I listened to "In Rainbows" by Radiohead, an album that I listened to a ton back in 2007, mostly at first because it was free to download, which was attractive to me, but then because I started to really like it. Hadn't heard it in a few years, so I decided to give it another listen. I still like it. I then tried to listen to "OK Computer" an album which many music snobs consider one of their best. My lack of familiarity with it surely didn't help, but EGAD did I hate it. I got about two and a half songs in before I bailed because I couldn't take it. Maybe I need to give it a more fair listen, but I am not feeling that adventurous just yet.