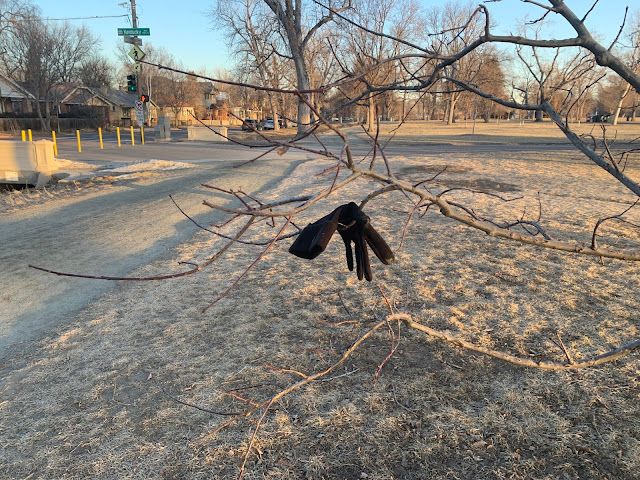 The photo from this run is a glove in a tree for some reason. I took a picture of it, because from a slight distance, I thought this was some very interesting bird, and briefly I was excited to get close to it so that I could see what type of unusual bird it was. Then I realized it was a glove and had a good laugh at myself.

I also noticed geese that were just sleeping in the water that was sitting on top of the ice of Smith Lake on the north end of the park. It was freezing cold, around 15 degrees when I began the run, and yet these crazy birds were literally napping in ice water. Geese are nuts, man.

Finally, The reason why my map looks different below is because my Nike running app freaked out, and I had to uninstall it after the run and reload things because for whatever reason it wouldn't sync my Sunday morning run. Rather the app would just freeze up and crash every time I clicked on this run. So I had to manually enter the numbers and I didn't get a larger map, because computers. Oh well, at least I was able to screen cap a tiny version of the map (as seen below) and more importantly capture the numbers to enter in once I got the app working again.