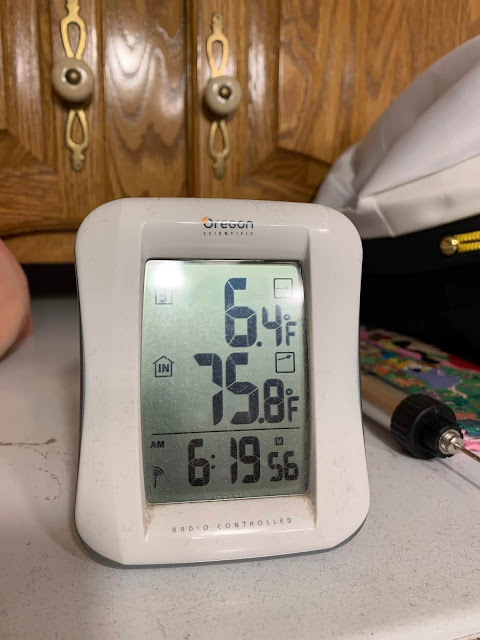 I was going to run at Goodson. It was 6.4 degrees outside, and it had snowed last night, and it just seemed like I should run at Goodson. But I didn't want to run on the track, so when I went outside and noticed that there was no wind and it didn't feel too bad, I hesitated, but then got into the car. Then I started driving to Goodson, but decided to check to see how the Streets at Southglenn had been managed to see if they were clear enough to run, and they looked immaculate, and I made the executive decision to bail on Goodson and run around Southglenn, and it was wonderful. Such a good decision. It was cold, but not awful, and running outside is just way better. I didn't spend $5.75 to use the rec center, and I can save the track for another more wintry day.