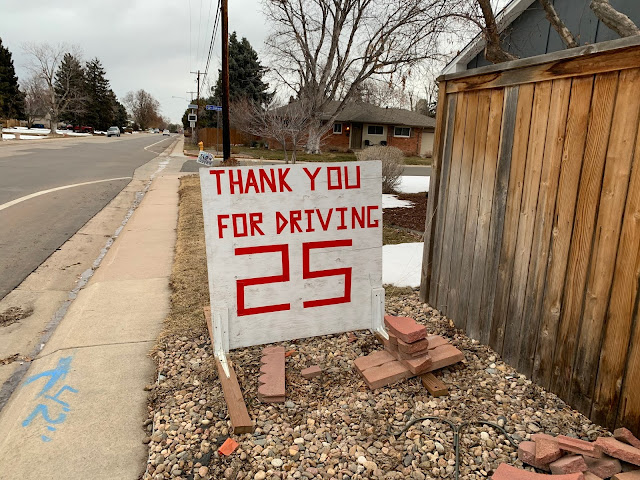 The forecast for this Tuesday morning was really cold and really windy. However, when I left my house a little after 6:30, it was relatively calm. Cold, but not really windy. I started running and for the first two thirds of the run, everything seemed fine. Then at about the time I hit the six mile mark, suddenly I was running with a wind at my back that was so strong that even though I was running uphill, the wind made me feel like I was running downhill. It was pushing me up the hill, and it almost felt like it was going to lift me off the ground a few times. It was a bit insane.

Today's photo comes from much earlier in the run before the wind hit. People must drive way too fast down this road for whoever lives at this home, as they have created their own makeshift passive aggressive speed limit sign to accentuate the several government built ones.