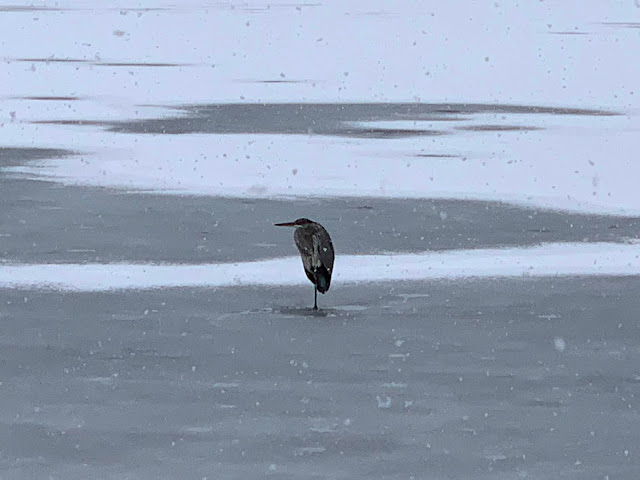 This bird was just standing on the frozen lake in Wash Park as the snow pounded the ground in every direction, and he just looked miserable. The February with the most snow in Denver history continued on Sunday morning with...(Surprise!)...more snow.

My first lap around the park the snow was falling so hard that it was creating a thick crust of ice on my glasses making it very difficult to see. I was contemplating quitting, but I needed some miles on this one, so I pushed on, and on the second lap around the park, it actually stopped and I felt better about things. Of course, on the third lap, it started up again, although not nearly as hard as on lap 1, so I finished up and called it a day.

That bird, though. His body language summed up how I was feeling. Basically, "Okay, so this is just how it is now, huh?"