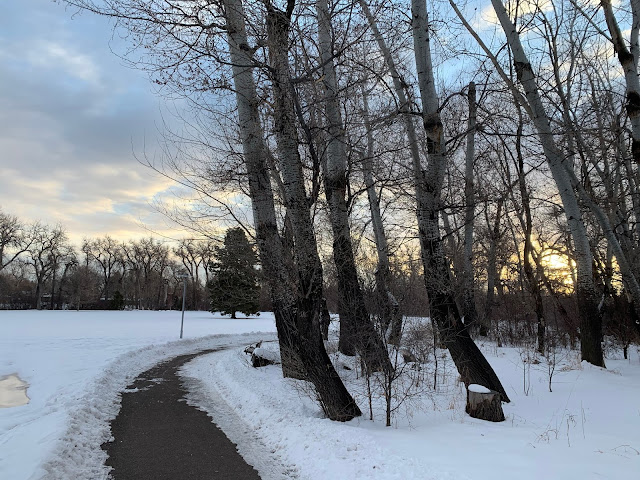 I rarely run on Wednesdays, but the forecast called for snow on Wednesday night, since the forecast was pretty good for Wednesday morning, but Thursday was going to be tough, I decided to hit the road despite Wednesday having some scheduling difficulties making it harder to run and do the things I have to do. (It all worked out, so it wasn't THAT difficult.)

Tuesday was an icy mess, and while there was still a massive amount of snow on the streets, at least not everything was icy. I decided to run over to Ketring Park and back which sounded much more fun than running in a four tenths of a mile rectangle like I did yesterday.

The terrain was varied, and I have to say that I would like to give a big thanks to people who actually shovel their sidewalks and a bit of a raspberry to the people who don't. The only places that felt slick and dangerous were the places where people just didn't bother to remove the snow. Otherwise, almost everywhere had at least a little place where it felt safe and dry to run. There were enough icy patches that my pace was pretty slow as I took it easy in the danger spots, but for the most part, it was nice. The weather was cold, but there was enough sun to make it feel good.