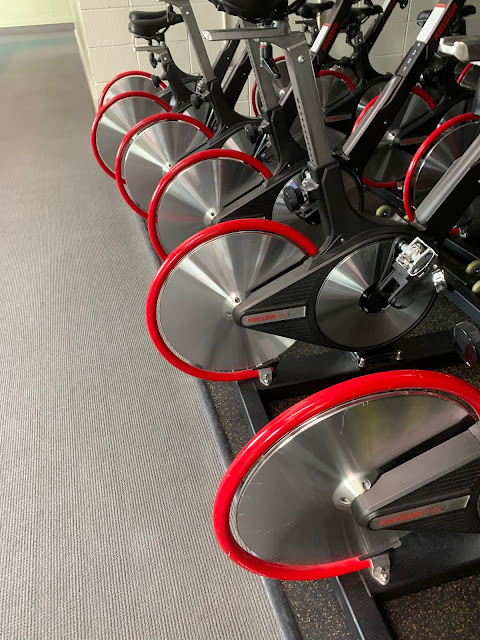 Two days after the temperatures were flirting with 70 degrees, there was so much snow and the temperatures were so cold that I had no real option other than to run indoors. As is my custom in these times, I headed over to Goodson Rec Center to run in circles for 80 laps. I'm shocked at how many people use the track to walk. The entire time I was at Goodson, about 10 different people used the track, but only one of them ran, and he only ran for about 5 laps. It's a lot of different people of many different ages just walking in circles. I passed everybody about every lap and a half. I wonder if they were annoyed because I was't walking.