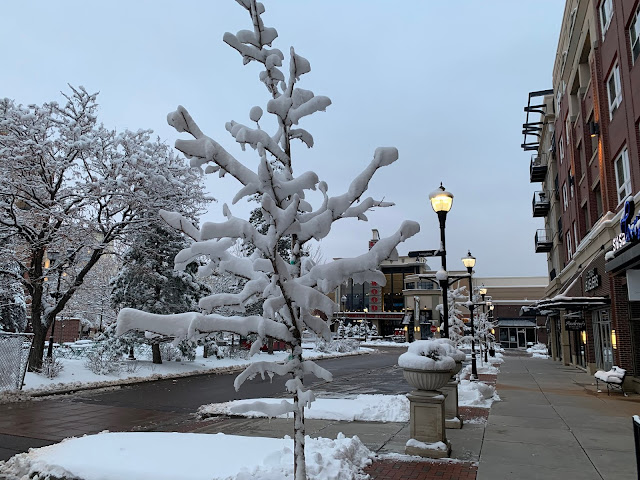 After a few days of working from home and a snowstorm that was severe enough to keep me from running at all on Thursday morning, I was ready to get out and run. The problem was that the whole world was icy. Ridiculously slippery. There were a few times on this run that I thought for sure I was going to hit the ground. I managed to avoid falling, but just barely. I stayed at Southglenn just because it was less icy than everywhere else, but unlike my Tuesday run where it was beautiful, I was staying there just to avoid the rest of the more slippery places, and even Southglenn let me down a little because it too was still quite slick. I ended up with slow times and a short run total for this run, but I didn't fall and I got a decent amount of mileage in for the circumstances, so I called it a win.

The thing that amazed me is that I kept running past 24 Hour Fitness, and they are of course closed due to Covid-19, but I must have seen four or five people trying to get in. Most of them try to open the door, but it's locked. Then they try to open the door harder...Then they finally read the sign on the door that says the gym is closed, then they walk away in confusion. It's like half the world is unaware that most of the world is closed to try and fight a virus from spreading. It'd be funny if it wasn't so annoyingly serious.