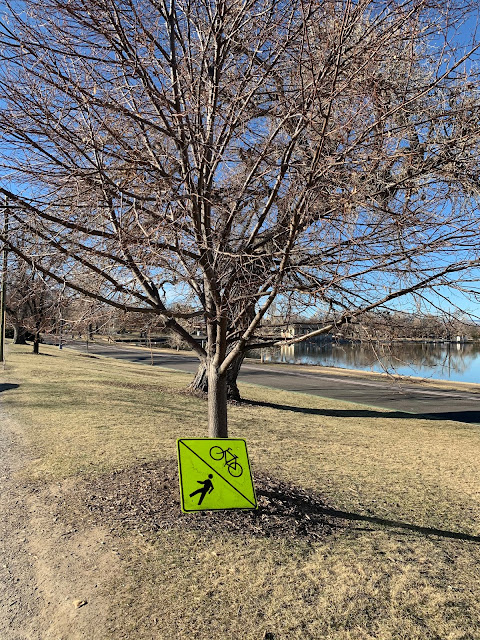 The bad news was that it was the Sunday morning of "Spring Forward" in which the whole world decides to randomly change our clocks in an act of mass stupidity robbing us of an hour of sleep. I woke up a bit tired, but all that drowsiness disappeared into the glory of a warm March morning. For the first time in I cannot remember how long, I did not need to wear a sweatshirt to combat freezing morning temperatures. It was downright balmy feeling! (I complained a lot in February about the miserable winter, but March has been knocking it out of the park. I'm loving it.)

I did three an a half loops around the park and felt amazing pretty much the whole time and ended up with nine miles at a decent pace and went home feeling like a million bucks. Plus I got to see a road sign leaning against the tree where it made absolutely no sense, so that too is a win.