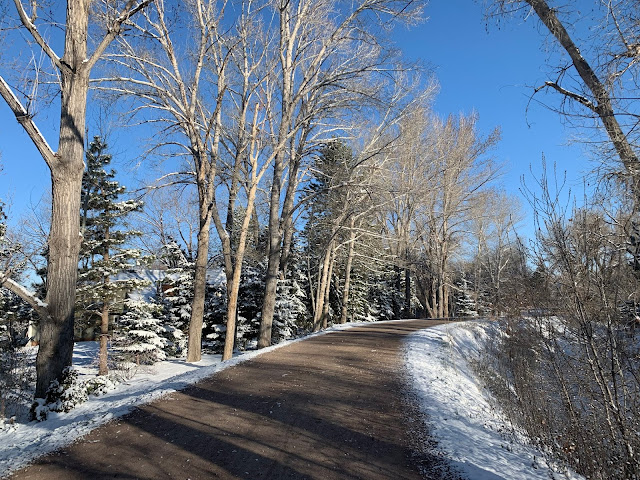 I skipped my Sunday run because of snow, and while it finally stopped snowing, it was only 15 degrees when I left the house on this Tuesday morning. Although it was cold, and I was wearing extra layers, it didn't feel that bad, and I was encouraged that even with two days of nearly straight snow, it was spring snow...which meant that it didn't really stick. In January this much snow would have meant that the Highline Canal Trail was unusable for weeks, but the trail was clear because spring snow is much less annoying. (Still annoying, just much less so.) By later Tuesday afternoon, everything was completely melted...which was glorious.