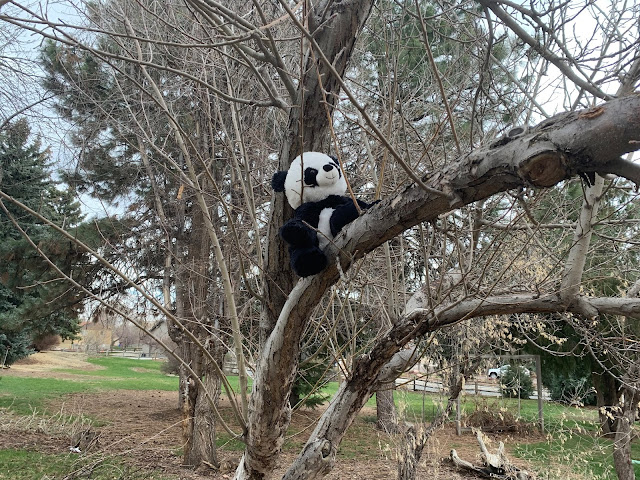 I was working from home when my boss told me that we needed to avoid overtime now, and because I had been so busy, I was way past my 40 hours for the week already. I cut out early, because I was told to do so, and since I had skipped my morning run, I figured that I may as well do an afternoon run instead.

Running in the afternoon is lovely, because it's much less cold at 4:00 PM in early April than it is at 6:30 AM in early April. I didn't even need a hoodie, I just ran in a running shirt! It was glorious. Plus, while on this run, I discovered a panda preserve in Littleton, as seen by the photograpical evidence seen above. These are heady times we are living in!