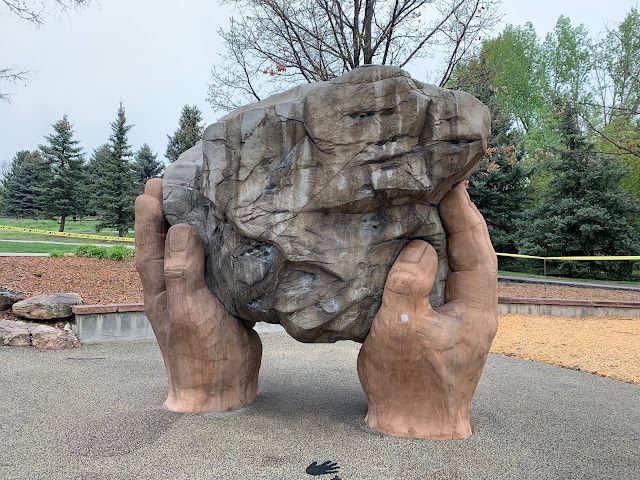 Usually when I go running, I don't really know where I'm headed until I just start moving in a direction. Not this run. On this run, I began with a notion that I was going to Westlands Park, so I started out in that direction, and even when I realized that it was going to end up being a real long run because of that choice, I just kept moving that way. I felt like I had accomplished something when I arrived...at least until I realized I had to run all the way back, too. Then I felt a little foolish, but I knew I could make it back...even though I knew it was going to be a long trip. I ended up just shy of ten miles, and made this the second Tuesday in a row where I surpassed nine miles.