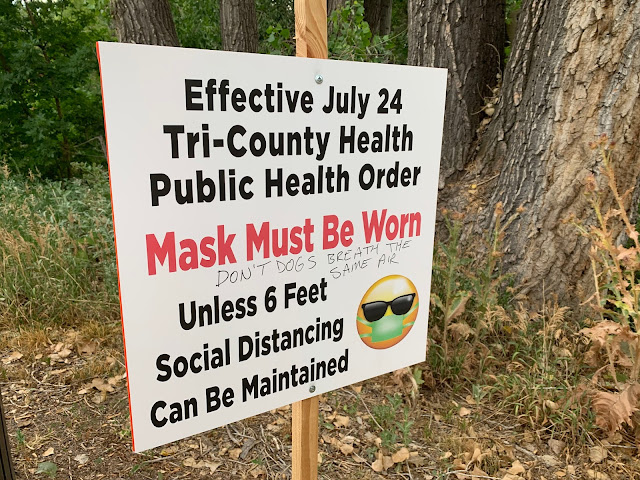 Someone with a felt tipped pen feels that they are clever. This despite the fact that they don't know how to spell the word "Breathe". Also, I don't even begin to understand the point they are trying to make, and I'm not sure even they know. There were two signs that had been defaced in this manner as I ran along the Highline Canal Trail. The second sign said, "As elusive as the snipe" and I don't know what that means, either. There was a third sign like this where it looked like this same person (and I'm guessing it's an obnoxious white guy, because of course it is.) wrote something in a similar manner, but someone had gone to the trouble to wipe it out, and you could only see a few of the telltale marks of this guy's handwriting hidden behind an aggressive smudge. I would have liked to have seen what pearls of wisdom he had left, honestly.