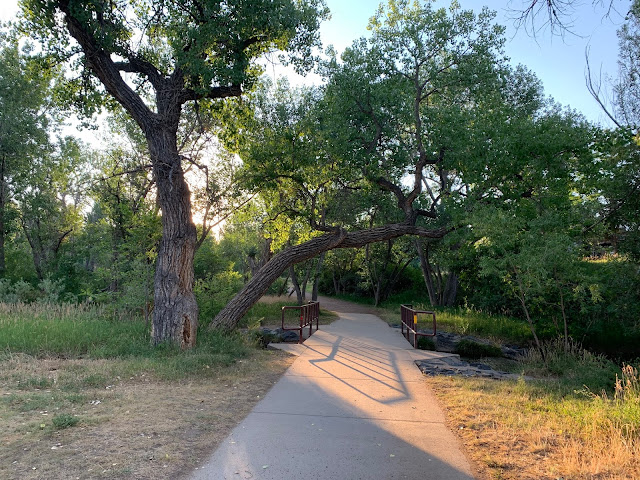 I made a foray deep into Highlands Ranch today. Something I rarely do. This was a route I have NEVER done before, which is unusual for me, but then, I try to avoid Highlands Ranch for the most part, which does explain it. It was actually a pretty nice run considering how much of it was along major roadways, but I took ZERO pictures of the new places, and only took this photo of the Dry Creek Trail which is less than a mile from my house. Oh well, It's a pretty picture, and Highlands Ranch is far from the most photogenic place on earth.