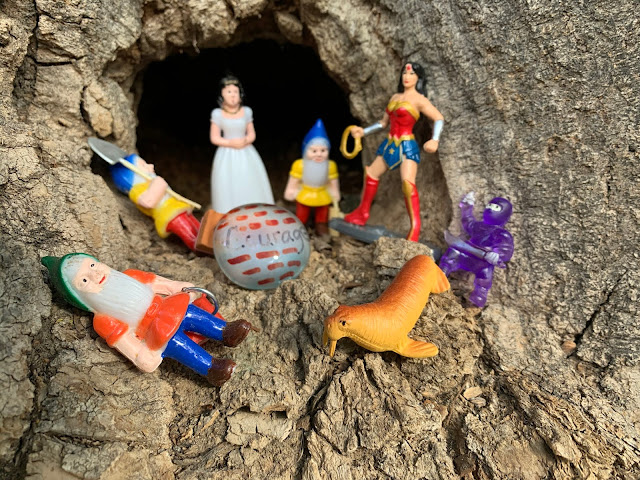 This run was a mess. My family was leaving on a week long trip to Illinois early in the morning, so rather than leave at my normal time and not be able to say goodbye, I decided to run after I finished work. This led to running at 4:00 in the afternoon on a hot (although not Arizona hot) afternoon. I was not doing great, but I was getting in some miles when my blood sugar crashed, and at that point, I knew I was done. Thankfully, I had run JUST enough to hit 100 miles for the month. I barely made it on the last day of June, but I did, and my streak is now at 11 straight months.

I had to walk quite a ways to get back home, but it was a nice early evening, so I didn't mind too much. I had forgotten to change my glasses to the old beat up pair that I usually run in, and even worse, I didn't change my hat into my old beat up running hat, so I got some stuff sweaty that I'd rather not have gotten sweaty.

The final bit of news regarding this run comes from the tree on the Highline Canal that looks like a wizard and for the past few months has started becoming the home for cheap plastic toys. New to the tree this run were the ninja, the rock that says "Courage" and a walrus. Part of me thinks that it's hilarious that so many toys are ending up on this tree and part of me hates it because the tree looks cooler without them, but this is definitely a thing that is happening.