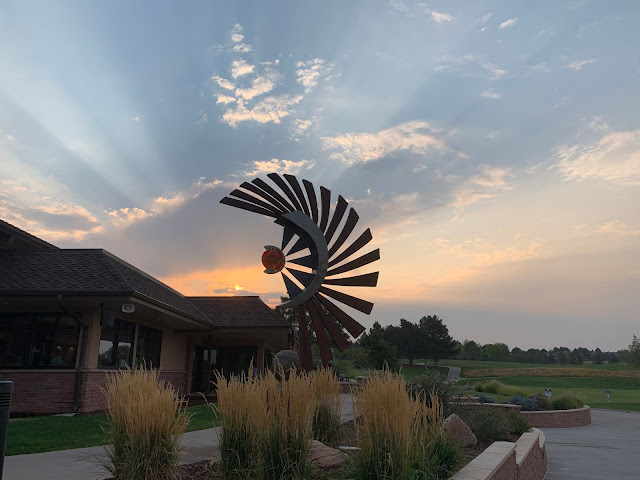 August 25, 2020
7.12 Miles in 1:13:41
Mood: Enjoying sunrises and discovering unimpressive bodies of water.
Soundtrack: The Killers "Imploding The Mirage"
The Killers new album is pretty good, and although I'm sick of smoke from forest fires, it makes for good sunrises. I decided to run east on this particular morning, although I'm not entirely sure why. East is generally the worst direction to run from my house, so I rarely do it. Too many hills and too few good trails, but there are a few cool places including this cool sculpture at the South Suburban Golf Course. I also discovered that there is something called the "Englewood Reservoir" which is barely a trickle of water and is massively over represented on maps as if it's a giant body of water, but it does in fact exist in a place I have been many times, but never noticed the tiny bits of water amongst the weeds.