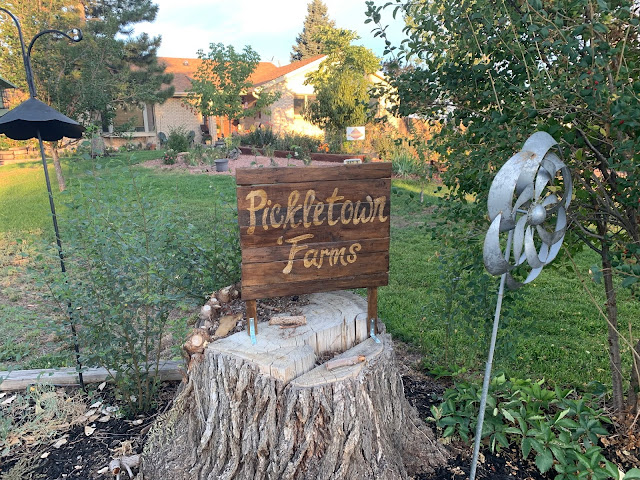 September 25, 2020
5.04 Miles in 51:02
Mood: Low blood sugar custodian.
Soundtrack: Passenger "All The Little Lights"
I left the house with a plan in my head and a plastic bag in my pocket. I am so tired of the proliferation of cheap crappy toys on the wizard tree. It started with just a few, but slowly it has grown to the point that there were about 50 pieces of plastic crap on my favorite tree on the Highline Canal, and I have had enough. This was the day that they were all coming down.
Then about a mile and a quarter into the run, a low blood sugar hit. I briefly entertained thoughts of giving up and returning home, but my mission kept me moving, although at a walk instead of a run. I ate my emergency peanut butter, and then kept moving forward. When I arrived at the tree, I spent a couple of minutes filling my grocery bag with cheap toys and when I was done it was full and the tree was back to it's bare glory. I deposited the bag into the first trash can I saw, and then continued walking towards the nearest convenience store where I purchased a sugary drink that I very quickly consumed. About 15 minutes later, I finally felt okay, and managed to get this nearly aborted walk up to five miles which when combined with the cleaning of the tree, felt like a glorious accomplishment.
Today's photo comes from my first ever photographic proof of Pickletown. I have read that there is a very old part of Littleton, basically the oldest part of Littleton, named Pickletown. This is an area that I learned about via internet surfing. Allegedly it earned it's name for the homemade pickles that were sold there. It's an area that I run through a lot, but I have never been able to really see any proof of it's existence until this outing when I saw this sign. I was very excited to see anything that referenced Pickletown, and knew what my photo for the day would be.